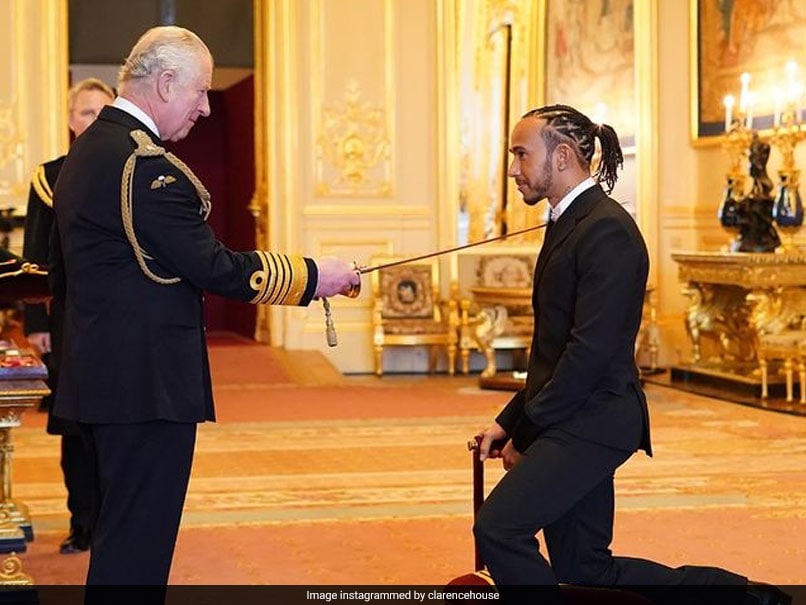 Lewis Hamilton was honoured with a knighthood on Wednesday.© Instagram

Lewis Hamilton, who missed a record eighth Formula 1 world championship title by a whisker, has been honoured with knighthood. The Mercedes driver was made a Knight Bachelor by Prince of Wales Charles, during an investiture ceremony at Windsor Castle in Windsor. The Prince of Wales and The Duchess of Cornwall’s official social media handle shared photos of the ceremony. The post was captioned as, “Congratulations, Sir @LewisHamilton! The @f1 racing driver received his Knighthood today from The Prince of Wales during an Investiture Ceremony at Windsor Castle. Sir Lewis holds an incredible seven Formula One World Titles. Also receiving an honour today was singer and songwriter @craigdavid, who was awarded an MBE for services to Music.”

Here are the pictures of Hamilton receiving his knighthood:

The British driver missed out on his record eighth title at the Yas Marina circuit on Sunday during the Abu Dhabi Grand Prix. He was leading until the final lap before he was overtaken by Red Bull’s Max Verstappen. The Dutch driver ended up claiming his maiden world championship title after coming out on top in Abu Dhabi.

Before the race, the duo was level on points with Verstappen ahead due to a countback rule.

Despite Hamilton’s loss, Mercedes ended up winning a record eighth straight constructors’ title on Sunday, finishing ahead of Red Bull.

Hamilton was present at Windsor Castle with his mother Carmen.