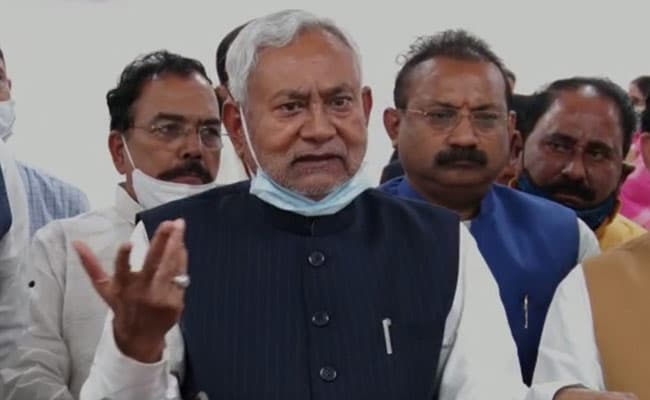 The fresh demand for special status to Bihar has brought the differences within the ruling National Democratic Alliance (NDA) to the fore in the state.

Two days after Deputy Chief Minister Renu Devi termed the Bihar government’s demand for special status as “meaningless”, Chief Minister Nitish Kumar on Monday said she has no detailed information on the issue.

Seeking to play down the differences within the NDA, Mr Kumar said, “I will explain everything to her (Renu Devi) when she meets me. She does not have the detailed information about the issue. The demand for the special status to Bihar is totally justified, the state deserves it”.

He said the special status, which entitles a state to a number of central privileges, is very essential for Bihar. “So if someone in the state opposes the special status demand, it is possible that the person does not understand the issue,” he said in reply to queries by scribes who sought his views on Renu Devi’s comment.

Mr Kumar, also senior JD(U) leader, said according to the Niti Aayog Bihar is a backward state. But despite the government’s efforts the growth rate is not enough. “Therefore we are demanding special category status … What is wrong in it?”

At the same, he said Niti Aayog has used old parameters to evaluate Bihar and its evaluation process is not justified as the state is gradually developing in every sector each year.

Bihar has been demanding the special status for more than a decade. The state needs it to achieve national average of development, he said.

Renu Devi, a senior BJP leader, had on Saturday termed the fresh demand as “meaningless” and said the Centre has already given the state much more privileges, including funds than that to a special status state.

Developmental works are taking place in Bihar with financial help from the Centre. The construction of six to eight lane roads is taking place in Bihar under the National Highway Authority of India (NHAI), which is being done with more more fund than that allocated to a state given special status, she had said.

Harping on the special status demand, Mr Kumar said, “The full form of NITI Aayog is National Institution for Transforming India Aayog. So, it must give special status to Bihar for its transformation. The state’s per capita income, human resources and standard of living are much below the national average. Bihar lacks natural resources, while the density of population is high. In addition, it is badly hit by flood and drought”.

According to the latest Niti Aayog report, 52 per cent people of Bihar live below the poverty line. The state is also on the bottom in health, education and road infrastructure.