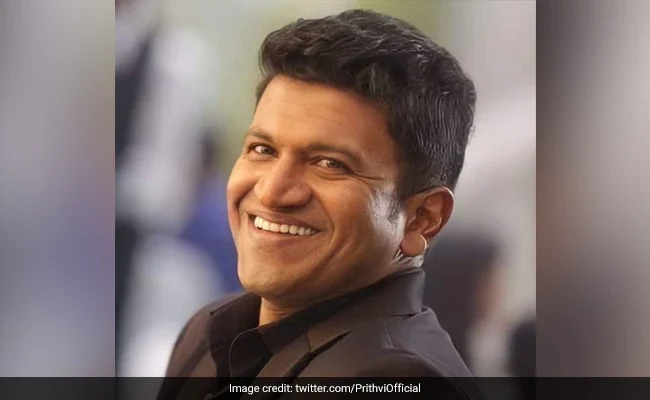 Puneeth Rajkumar will soon be seen on the big screen again. The Kannada star died of a heart attack in October at the age of just 46 – leading to an outpouring of grief from his fans. But he had completed shooting his last project, the non-fiction film, Gandhada Gudi, which talks of the environment and the ecosystem of Karnataka. The teaser of the film was released recently and has had millions of views. Speaking to NDTV in Bengaluru, film maker Amoghavarsha said, “It wouldn’t be wrong to say that he was the most excited about this project in the recent time. He has showed this small teaser we had to almost everyone. I think the last call he made was about the film. I had met him the previous day and he was really excited. The only thing I can take some relief in is that he has seen the teaser. He really loved it. He said ‘I never thought I would do a film like this. My kids will love this film.'”

The film is named for the 1973 film of Puneeth’s father, the late superstar Rajkumar in which he played a forest officer. Amoghavarsha said, “For me and of course for him – the first Gandhada Gudi about 5 decades ago which the legendary Dr Rajkumar did, was the first mainstream conservation film in India. Today we are talking about conservation. This was 5 decades ago. It is unimaginable that kind of a message and vision… We have all been very inspired by what that film did and how many of my mentors have joined the forest department because of that. When we thought of this journey that we are doing together, we thought there cannot be a better title than Gandhada Gudi.

A tribute to the legend that Dr Rajkumar was. The land we are so blessed with in terms of bio-diversity. And of course now it has become a sort of tribute to Puneeth as well.

Puneeth Rajkumar was known as ‘Power Star’ in the Kannada film industry. But in this project he wanted to just be himself. “He was very interested in being himself on camera. The last message he sent me was – can you remove the ‘Power Star’ in the teaser. He didn’t use any make up. It was him wanting to be himself.” And of course travelling through Karnataka and exploring stories,” Amoghavarsha said.

The film will be a full-length film and will release in theatres in 2022.

Amoghavarsha left a career in IT to pursue film making and exploring the wild. His documentary film Wild Karnataka was also released in theatres and the English version was narrated by Sir David Attenborough. “I said I love travelling and exploring the wild more than anything else. And I feel these are stories that need to be told now. And I felt my time was better served here, telling these stories of our own back yard. To see this beauty and grandeur, you don’t have to go all across the world. It is right there in our backyard,” the film maker said.

Puneeth is missed. Amoghavarsha said, “It is a shame that he is not there with us. But in some way I feel that he is there watching all of this, being a part and guiding us as he has always done. His work was complete. He did all of his part. Sounds like providence to me.”