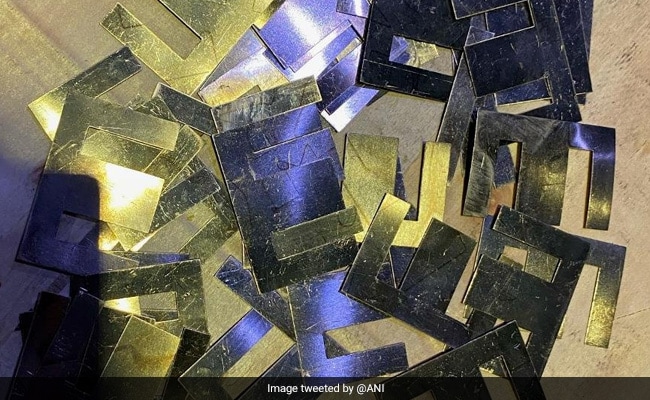 The gold had been smuggled in the form of machine parts.

In a massive operation, over 85 kg of gold worth Rs 42 crore was seized by the Directorate of Revenue Intelligence from New Delhi and Gurugram, reports news agency ANI.

The officials recovered the gold after conducting search operations in several properties in Delhi’s Chattarpur and neighbouring district Gurgaon.

The gold had been smuggled in the form of machine parts and was being melted and moulded into different shapes.

“The gold smuggled in form of machinery parts was being melted and moulded into bar, cylinder shapes before being disposed of in the local market,” officials said.

Four foreign nationals have been arrested. Two of those arrested are from South Korea, while the other two belong to China and Taiwan, officials said.

Earlier this week, 2.5 kg of gold worth Rs 1 crore had been seized by the customs department at the Indira Gandhi International Airport. On November 16, officials had found the gold concealed in the life jacket under the seat in a flight that had just arrived from Dubai.