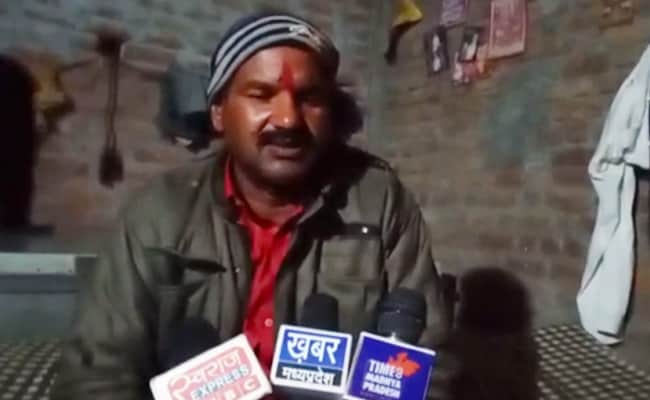 Residents of a village in Madhya Pradesh seem to have found a new system to elect their sarpanch or village head – that by giving the post to the highest bidder. The man was unanimously “elected” after he placed a final bid of Rs 44 lakhs, defeating four other contenders. Local officials, however, said that due election process, including filing nominations, will have to be followed for the election to the post.

The villagers of Bhatauli Gram Panchayat in Ashoknagar district say the “new system” will ensure that there is “no tension among aspirants for the post”. The system, they said, is progressive as it will ensure that candidates will not distribute liquor and money to win votes.

Saubhag Singh Yadav was unanimously “elected” at an open auction held at a temple. The bids started with a base price of Rs 21 lakh and reached Rs 43 lakh, after which Mr Yadav made the final bid of Rs 44 lakh.

The villagers welcomed him with garland and announced him as their new sarpanch. It was also decided that no one would file nomination against him in the upcoming panchayat election in the state.

If Mr Yadav fails to deposit Rs 44 lakh then his nearest rival would be considered for the post, those who were part of the village committee said.

The local officials, however, said that this process will not be recognised.

“Whoever contests the election will have to fill the form. If only form comes to the post for Sarpanch and it is found valid, then that Sarpanch will be elected. It can be anyone, even the bidder,” an official said.

The voting for the Madhya Pradesh panchayat elections will be held in three phases between January and February.

The Congress has filed a petition in the Supreme Court alleging that the Shivraj Singh Chouhan government violated the reservation rotation norms for the upcoming panchayat elections in the state.

Through an Ordinance last month, the BJP government in the state annulled the delimitation and reservation status notification of 2019, issued by the previous Congress government.

The Congress claimed this is against the provisions of the Constitution, since rotation of reservation for local body elections has to take place every five years. Supreme Court on Wednesday sent back the writ petition on panchayat election reservations and delimitation issue back to the Madhya Pradesh High Court.