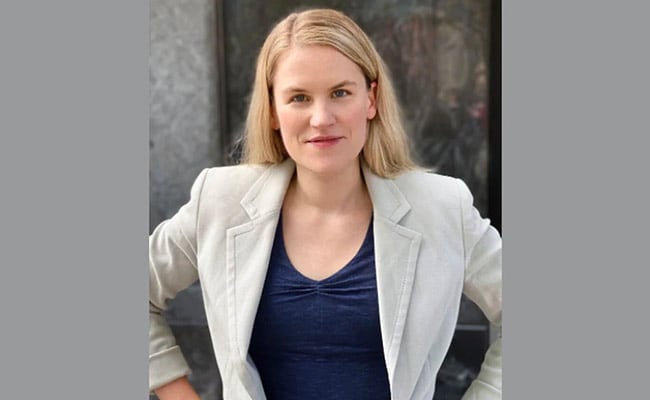 Activists have criticised faceprinting as a serious threat to privacy. (File)

Facebook whistleblower Frances Haugen welcomed Facebook’s announcement that it would scrap facial recognition, but urged close government oversight of the move to ensure the social network lived up to its pledge.

Facebook made the announcement on Tuesday, partly in response to growing scrutiny from regulators and legislators over user safety and abuses on its platforms. Activists have criticised faceprinting as a serious threat to privacy.

“When they say we’ve got rid of this, what does that actually mean,” she asked. “There has to be more transparency on how these operations work to make sure they actually follow through.”

Ahead of a meeting with Germany’s justice minister, the whistleblower, who leaked a trove of damaging documents about Facebook’s inner workings, added that the European Union’s and Britain’s “principles-based” regulation was more effective in constraining technology companies than the United States’s more rigid rules-based approach.

Europe also had a particular role to play in ensuring Facebook improves its monitoring of content in languages other than English.

Facebook has faced criticism for failing to act against hate speech in languages from Burmese to Greek even as it steps up its monitoring of English-language posts in the wake of the storming of the U.S. Capitol on Jan. 6.

“A linguistically diverse place like Europe can be an advocate for everybody around the world that doesn’t speak English,” she said. “The reality is that Facebook has radically under-invested in safety and security systems for all languages other than English.”