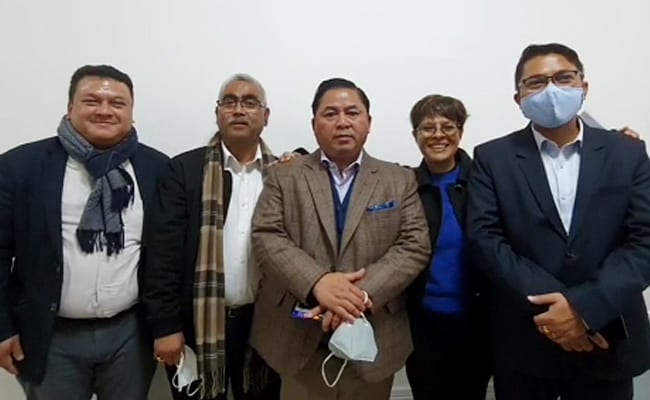 In Meghalaya, a fresh political row has erupted that is set to widen the divide between the Congress and the Trinamool Congress – the northeastern state’s two key opposition parties.

The Trinamool has defined the party’s move as a “great betrayal” to the opposition unity as the BJP is Mr Sangma’s coalition partner in the state.

“It is a reflection of the fact that the Congress in the state of Meghalaya is in complete disarray… they are victims full of confusion. By associating with the ruling National People’s Party which is an NDA partner and offering issue-based support to the government where BJP is a partner, the Congress has taken a position, which is a great betrayal to the opposition,” said former Chief Minister Mukul Sangma.

Last month, the 56-year-old leader had quit Congress along with 11 of the 17 other party MLAs in the state, to join the Trinamool Congress in a huge coup.

The development bared fractures in the opposition unity ahead of the 2024 Lok Sabha Polls amid fierce attempts by the BJP rivals to join hands and pose a collective challenge.

After the meeting earlier this week, Ampareen Lyngdoh, the leader of the Congress Legislature Party, had said the party’s “identity in the opposition is already very blurred”.

“This will be a support on the issues that concern the general public and where the government and opposition both need to work closely to solve them. We will see how this offer that we gave the government works out but our identity in that opposition is already very blurred and confusing. We don’t even know if we will have to relook into so many positions in the opposition that now might go vacant.”