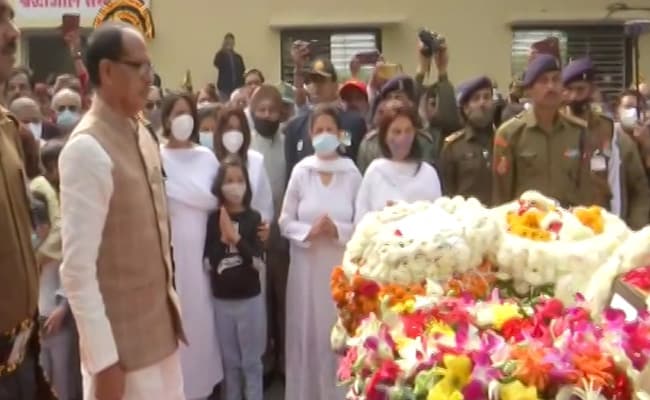 Group Captain Varun Singh died of his injuries on Wednesday.

Group Captain Varun Singh, who died of wounds suffered in the chopper crash that killed Chief of Defence Staff General Bipin Rawat and 12 others on December 8, was given a moving send-off in his hometown Bhopal today.

Group Captain Singh, a recipient of Shaurya Chakra, was the only person on board the chopper who could be rescued while 13 others, including Gen Rawat, died. He died of his injuries on Wednesday.

Madhya Pradesh Chief Minister Shivraj Singh Chouhan was among those who paid last respects to the Air Force officer at the Bairagarh crematorium in Bhopal.

The officer was under treatment at the Command Hospital in Bengaluru where he died on Wednesday, after he was shifted from Wellington in Tamil Nadu’s Coonoor. He had been on life support, according to officials.

Gen Rawat, his wife Madhulika Rawat and 11 others were among the other 13 who died in the chopper crash while flying from Sulur Air Base to Wellington. A top level inquiry has been initiated to ascertain the cause behind the crash of their Mi17V5 Air Force chopper.