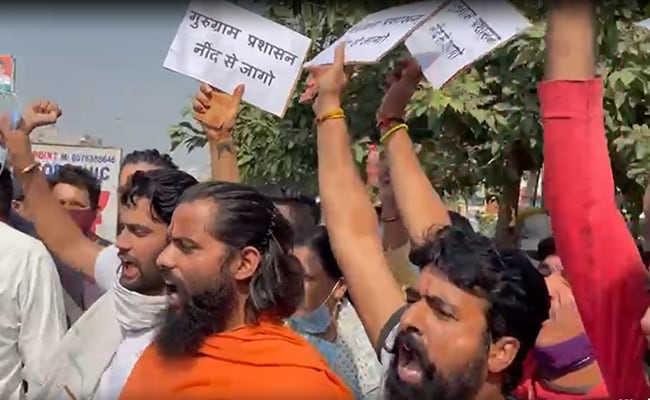 Gurugram administration on Tuesday withdrew permission to offer namaz at eight out of 37 designated sites.

As per an official statement from the district administration, the permission was cancelled after an objection from local people and RWA.

“Consent from the administration is necessary for Namaz in any public and open place,” it stated.

It further said that namaz can be offered at any mosque, Eidgah or at a private or designated place. “If local people have objections at other places also, permission will not be given to offer Namaz there too,” the administration added.

The district administration also informed that a committee has been constituted by Gurgaon Deputy Commissioner Yash Garg, comprising of a subdivisional magistrate, an assistant commissioner of police and members of religious organisations and civil society groups to hold a discussion on the issue and identify places to offer namaz in future.

This committee will discuss the matter with communities to resolve the issue and ensure that local residents do not face any problem in the offering of namaz in that area.

The committee will also ensure that namaz is not offered on any road, crossing or public place. Moreover, it will take consent from locals at the time of designating a spot for offering prayers.

The administration has also called upon religious communities to maintain law and order. Tight security arrangements have been made by Gurugram Police in this regard and the police is keeping an eye on the situation.

On several occasions earlier, residents of Gurugram have complained and staged a protest against Friday namaz at a public ground.

Assistant Commissioner of Police (ACP) Aman Yadav had assured to resolve the issue.

“Locals staged a protest against offering Friday Namaz at a ground in Sector-47, Gurugram for the fourth consecutive week by performing puja. Efforts are ongoing for a solution, including finding an alternate place for Namaz,” he had said.

He added, “Earlier also two rounds have been done under the chairmanship of Sub Divisional Magistrate (SDM) Badshahpur. We are making efforts to find a solution and resolve the issue amicably.”

The residents of Sector-47 in Gurugram had claimed that the ground was provided for offering namaz for a single day.

The ACP had said, “The residents have shown us the list which was issued three years ago. We have to verify the list from our end also. If the ground had given to Muslim community for a single day, then the administration will take necessary action.”