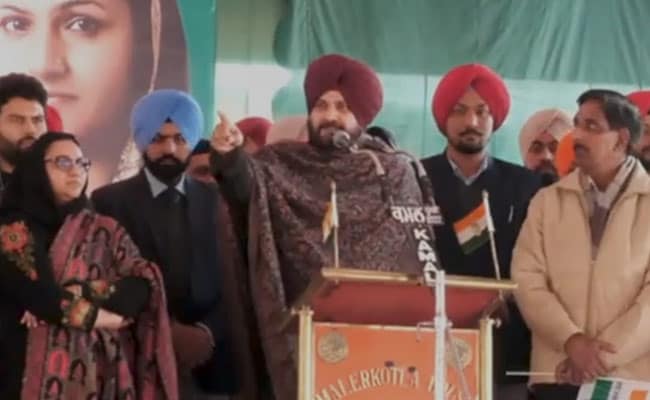 Amid the deafening silence of Punjab’s political faces over the two lynchings after alleged sacrilege attempts, state Congress chief Navjot Singh Sidhu has demanded public execution for those accused of desecrating religious texts.

Addressing a rally at Malerkotla yesterday, Mr Sidhu said cases of sacrilege hurt people’s sentiments and demanded that the accused in such cases must be hanged in public. He alleged a “conspiracy against one community” and that fundamentalist forces are trying to disturb peace in Punjab.

Mr Sidhu’s remarks come at a time when most politicians in Punjab are treading very cautiously on the subject in the run-up to the crucial Assembly polls.

While most prominent political figures have strongly condemned the alleged sacrilege attempts and pointed to a conspiracy behind them, they have shied away from speaking out on the mob lynchings of the accused.

Chief Minister Charanjit Singh Channi, too, has slammed the the alleged sacrilege attempts, but chosen silence on the lynchings.

The Chief Minister yesterday visited the Golden Temple in Amritsar, where the first incident took place. His official handle tweeted that he has assured that the matter will be “thoroughly probed to unmask real conspirators”. He also urged people to be “vigilant” and “take care of all religious places/institutions”.

Sacrilege cases, which was a key issue in the Punjab’s last Assembly polls too, has yet again taken centrestage in the poll run-up. A faction within the Congress has also accused the erstwhile Amarinder Singh government of failing to address the last series of alleged sacrilege incidents.

Amid the tension over the incidents, police have stepped up security near gurdwaras.