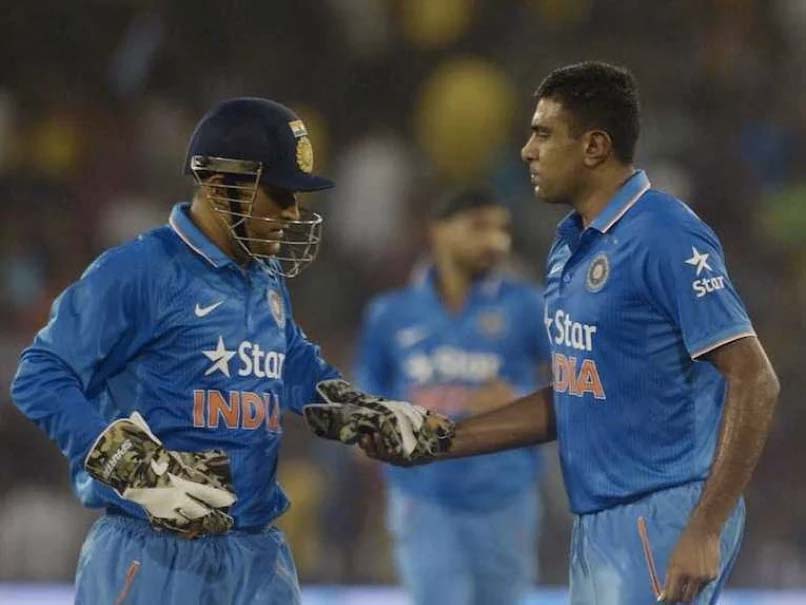 Indian spinner Ravichandran Ashwin spoke about the challenges Indian wicketkeepers have to face while keeping against spin bowling. The unpredictable bounce and turn makes it one of the most difficult jobs on a cricket pitch in India and with the likes of Ashwin keeping the mystery intact, wicketkeepers have their task cut out. However, according to Ashwin, few of the keepers have turned up and performed brilliantly against the spinners. Dinesh Karthik, Wriddhiman Saha and MS Dhoni were three names that Ashwin took while rating the keepers on their skills.

Ashwin acknowledged the stupendous skills possessed by Karthik and Saha but chose MS Dhoni as the person who often made it “look easy” while keeping in tough conditions.

“Dhoni, Saha and DK – in that order, you can take the answer. It is very difficult to separate them behind the stumps,” he said.

Ashwin hailed Karthik’s efforts too but decided to put Dhoni at the top of the list.

“I’ve played a lot of cricket with Dinesh in Tamil Nadu. But if I’ve to pick one.. I think some really really tough dismissals have been made look easy just the man behind the stumps (MS Dhoni).,” he added.

Ashwin gave an example of Dhoni’s brilliance behind the stumps. He cited Ed Cowan’s dismissal on Day 1 of a Chennai Test where Dhoni executed a stumping of the batter effortlessly and with minimum fuss against a ball that bounced more and hardly turned.

“There’s this one dismissal of Ed Cowan in Chennai on Day 1 where he steps out and gets stump. The ball didn’t turn but it bounced, and MS Dhoni collected the ball. I’ve hardly seen him miss anything, be it stumping or run-out catches. He’s one of the most exceptional keepers against spin. Saha is not far behind either,” he said.