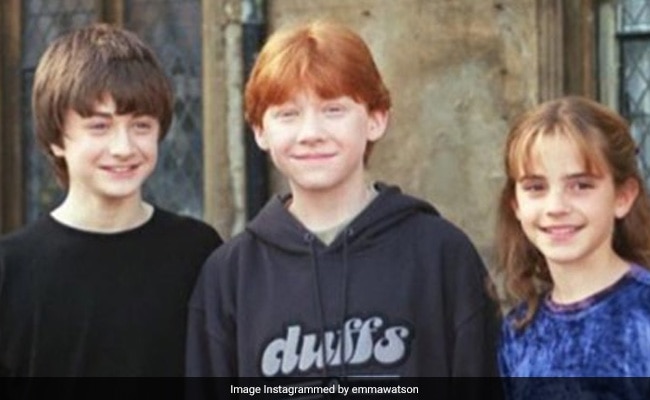 It’s happening! The Harry Potter reunion is happening and we can’t stay calm. Our favourite wizards are all set to return to the OG school of magic. On 20th anniversary of the film, HBOMax announced that the reunion of the cast is happening and it will air on HBOMax on January 1, 2022. “For the first time ever, the legendary cast returns to where the magic started. Harry Potter 20th Anniversary: Return To Hogwarts, streaming New Year’s Day, only on HBO Max. International release coming soon,” read the post shared by HBO Max. The film made stars of its principle characters Harry Potter (Daniel Radcliffe), Ron Weasley (Rupert Grint), Hermione Granger (Emma Watson) and Professor Severus Snape (Alan Rickman), who was already a popular name due to his works in the English theatre circuit and his role in the iconic Die Hard), among many others. The final part of the series released in July 2011.

This is what the official Instagram page of HBOMax shared:

Meanwhile, Emma Watson shared her memories of Hogwarts and the film and she wrote: “Harry Potter was my home, my family, my world and Hermione (still is) my favorite fictional character of all time. I think a journalist once said it was irritating how many times during an interview I mentioned how lucky I was and started counting… But I damn well knew!And still know.” She signed off her extensive post with these words: “I still miss the crew who made these films all the time. Thank you for all of your hard work too – I know your contributions sometimes get overlooked. Happy 20th Anniversary Potterheads.”

The Harry Potter series of films, distributed by Warner Bros, were based on JK Rowling’s famous novels. We are so ready to get into the Hogwarts Express.