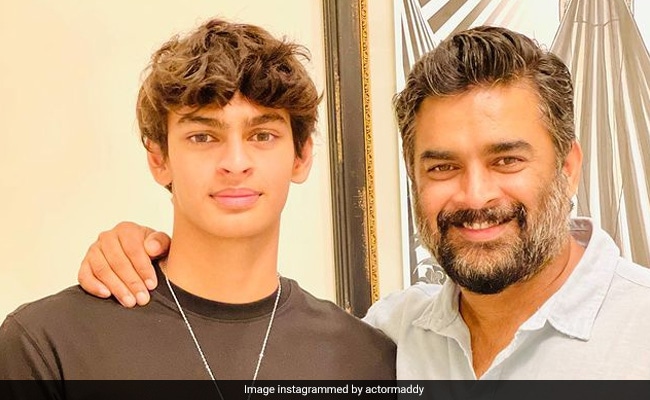 R Madhavan’s son Vedaant has made his family, friend proud by winning seven medals in recently held 47th Junior National Aquatic Championships 2021 in Bengaluru. After bagging four silver and three bronze medals at the competitions, Vedaant has been garnering a whole lot of praise on the Internet, with fans of the Vikram Vedha actor calling him an “ideal son.” Madhavan’s Rehnaa Hai Terre Dil Mein co-star Dia Mirza also congratulated Vedaant, who represented Maharashtra, on winning medals at the swimming championships. On her Instagram story, she shared an article about Vedaant’s win and wrote: “Congratulations Vedaant.” 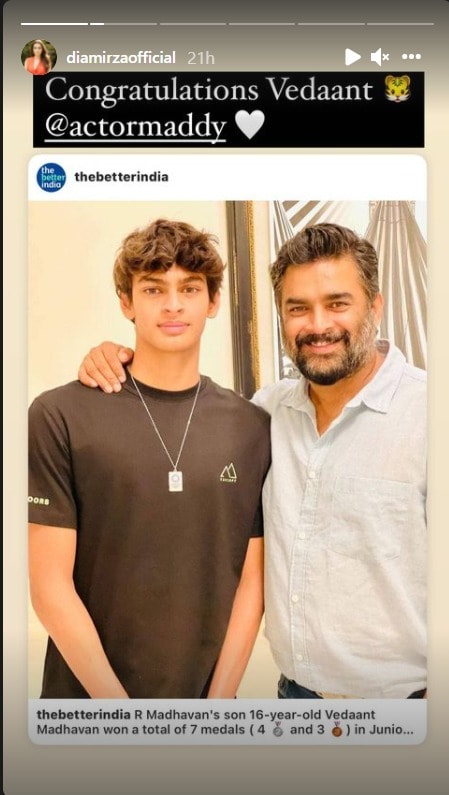 R Madhavan and Sarita Birje’s son Vedaant celebrated his 16th birthday in August. The actor had wished his son in the sweetest way possible on social media. He posted a photo with his son and wrote: “Thank you for beating me at almost everything I am good at and making me jealous yet, my heart swell with pride. I have to learn so much from you my boy. As you step into the threshold of manhood, I want to wish you a very happy 16th birthday and hope and pray that you’re able to make this world a better place than we are able to give to you. I’m a blessed father.”

In terms of work, R Madhavan has featured in Hindi, Tamil, Kannada, Telugu and English films. He is known for his performances in Bollywood films like 3 idiots, Rang De Basanti, 13 B, Tanu Weds Manu, Guru, Rehnaa Hai Terre Dil Mein and Zero, to name a few.

Madhavan will next be seen in Rocketry: The Nambi Effect, the trailer of which trended big time on social media. The actor was last seen in Maara, which is the Tamil remake of Malayalam film Charlie. The film released on the streaming platform Amazon Prime Video.