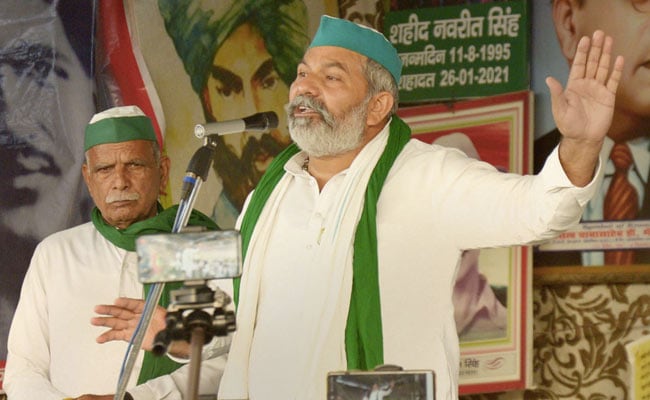 Rakesh Tikait has set November 26 deadline for the government to withdraw farm laws.

The Bharatiya Kisan Union’s Rakesh Tikait celebrated Diwali at the Ghazipur protest site alongside other farm members and leaders remembering farmers and soldiers who have lost their lives. The farmers held an event called “do diye, shaheedo ke liye” for soldiers who have been killed in the line of duty.

He told NDTV that the government last had a talk with them on January 22 and farmers have given an ultimatum till November 26 which will mark one year of the farmers’ protest. He also cautioned that farmers are on a two-hour standby with their tractors ready.

He said people’s thoughts and opinions make them big and not just physical presence so thinning crowds at the protest site was not an issue. He said they had farmers ready on a 2-hour standby.

Putting to rest speculations regarding Yogendra Yadav, another farmers’ leader formerly associated with the Samyukta Kisan Morcha, the umbrella body of farmers’ unions organising the protest against three contentious farm laws, he said that Mr Yadav had taken time away to write a book and that there was no internal rift between them.

Mr Tikait said the tragic death of three women near the Tikri border had no relation to the protest as there was no protest site at that spot. The women were killed while trying to cross the road, he said.

Responding to questions on the gruesome killing of a Dalit labourer by some members of the Nihang Sikh sect at the Singhu border protest site on the Delhi-Haryana border, he said he didn’t believe the protest had lost significance because of it. “If a murder is committed inside a courtroom, will it shut down?” he added.

Attacking the government on price rise and poverty he said that the government should think about why many households can’t even afford to light a lamp on Diwali.