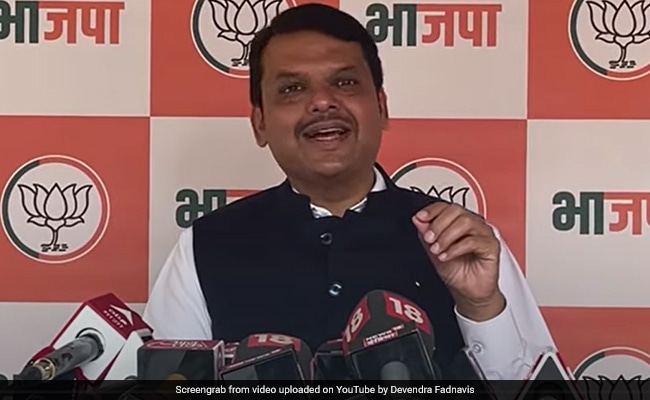 Senior Nationalist Congress Party (NCP) leader Nawab Malik has relations with the Underworld, former Maharashtra Chief Minister Devendra Fadnavis alleged today. Responding to allegations that he appeared in a music video funded by a drug peddler who is currently in jail, Mr Fadnavis called the claims “baseless” and hit out at the NCP leader saying he was waiting for Diwali to pass to present evidence of the minister’s relations with the criminal underworld. The “River song” project had the former Chief Minister’s wife Amruta Fadnavis as the singer.

The former Chief Minister questioned the mental stability of Mr Malik and pointed out that the “River March” team, which produced the video, had already clarified yesterday that Jaydeep Rana, the person listed as the “Finance Head” of the video in question, was hired by its creative team. “The picture is four years old and is being circulated now,” he said.

Mr Fadnavis claimed that there’s a picture of him with that person as well but Mr Malik knowingly used a picture with his wife. This shows his motive, he said. “Neither my wife nor I have any relations with that person. He is making allegations against the BJP based on just one picture. His son-in-law was caught with drugs, does that make NCP a party of drug suppliers?” he said.

Mr Malik had earlier tweeted a picture of Jaydeep Ranade with Ms Fadnavis.

“He is just trying to pressurise the NCB into making the charge sheet against his son-in-law weaker. He has lit a tiny firecracker before Diwali but I will light a big one after the festival,” the former Chief Minister said.

The minister has recently made several sensational claims against the BJP, alleging it colluded to expand the drugs business in the state. He also raised questions on the religion of Sameer Wankhede, the Narcotics Control Bureau (NCB) office investigating drug charges against superstar Shahrukh Khan’s son Aryan Khan and others.