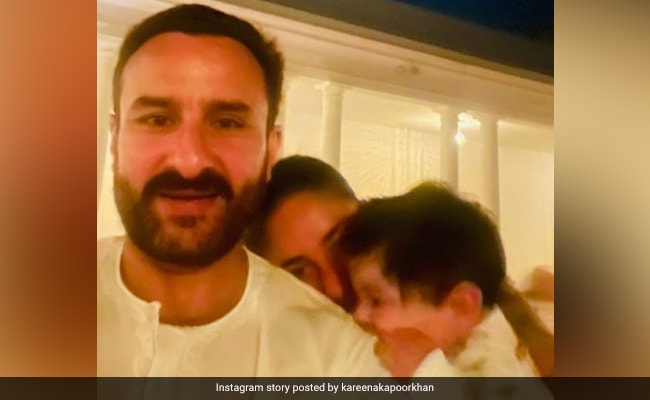 We can’t thank Kareena Kapoor enough for blessing our Instagram feed with oodles of cuteness. On Thursday night, the actress shared a “Chand Series” of photos on her Instagram stories. The album has pictures with her family members – husband Saif Ali Khan, sons Jeh and Taimur Ali Khan. “Chand Series,” she captioned a picture of the moon. Posting a picture with Taimur, Kareena wrote: “With my Chand 1.” She then posted a picture with Saif and wrote: “And the best for last.” She also posted a picture with son Jeh and she wrote: “Between the Chand and his bedtime… but I managed. Yay! Series complete.” 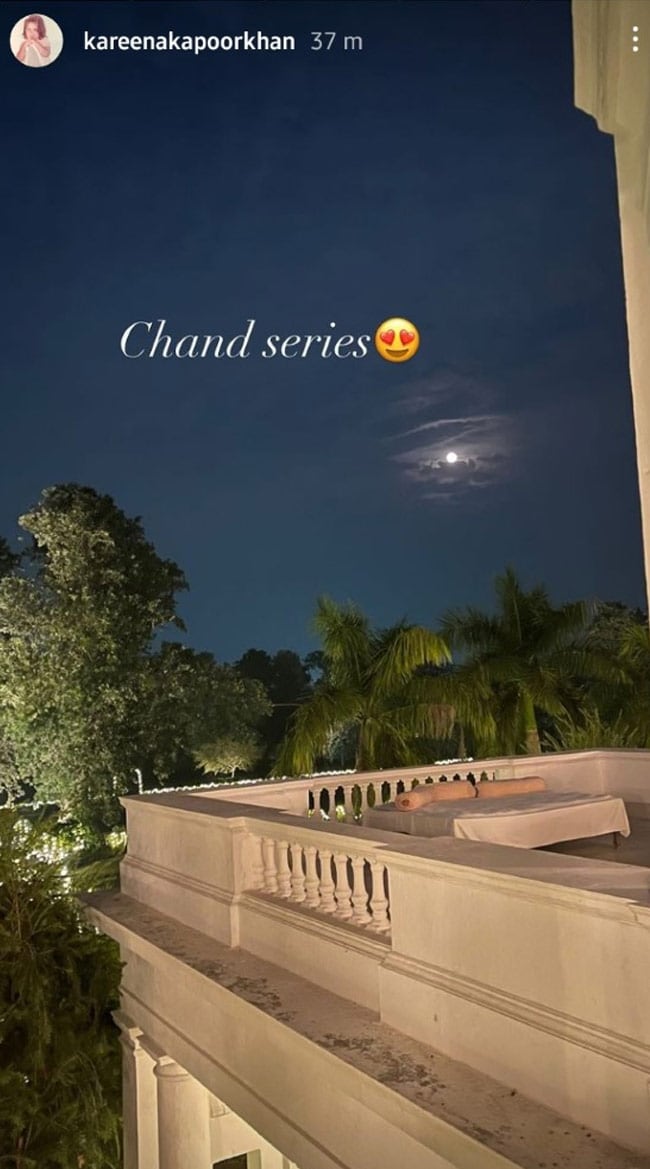 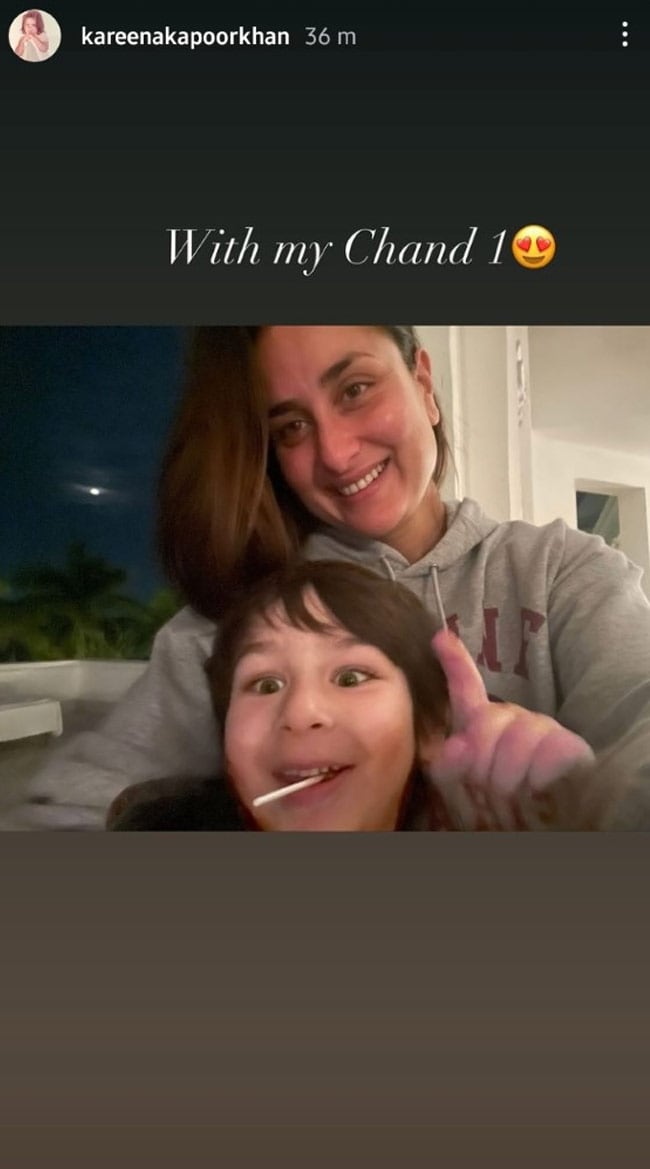 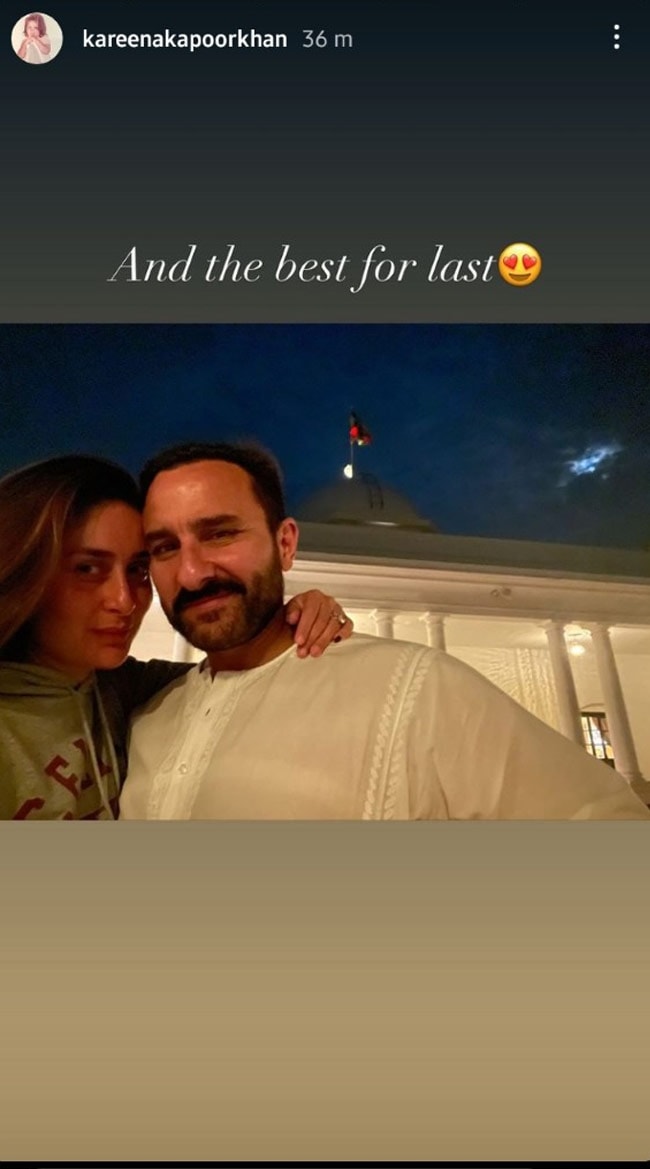 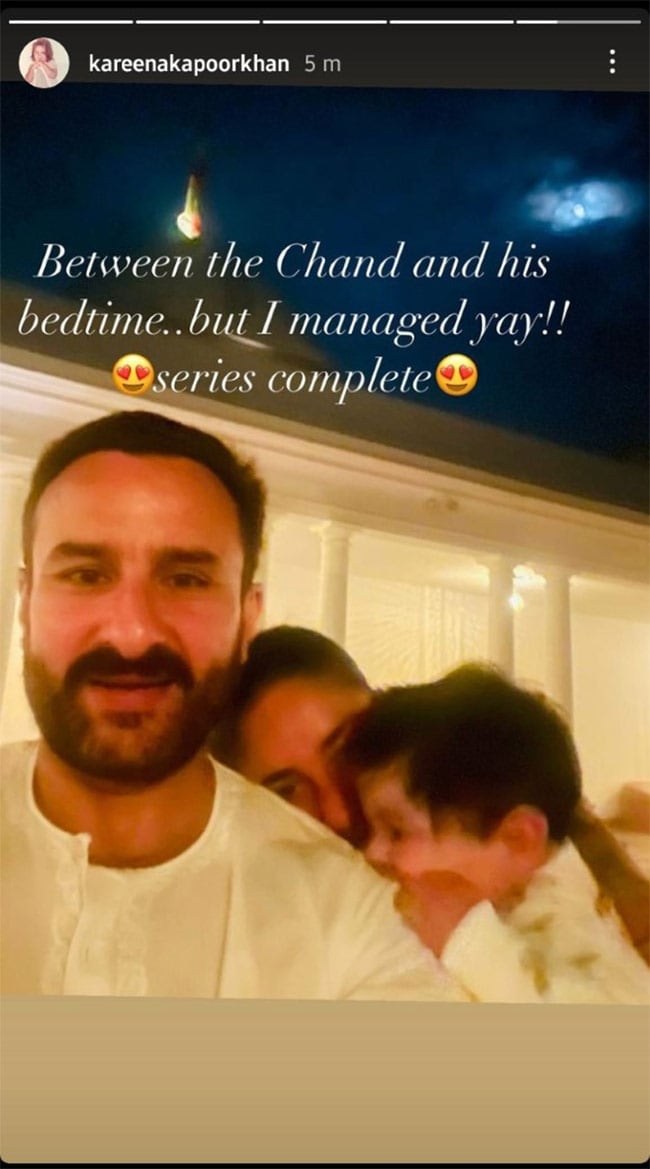 Kareena Kapoor was last seen in the 2020 film Angrezi Medium, co-starring late actor Irrfan Khan, and actress Radhika Madan. Kareena will next be seen in Aamir Khan’s Laal Singh Chaddha, which is a remake of the 1994 film Forrest Gump. Kareena shot for parts of the film during her pregnancy last year.

Saif Ali Khan has a super busy schedule. Saif’s line-up of films includes Hunter, Adipurush and Bunty Aur Babli 2. This year, the actor featured in Tandav and much recently in Bhoot Police with Arjun Kapoor, Yami Gautam and Jacqueline Fernandez.