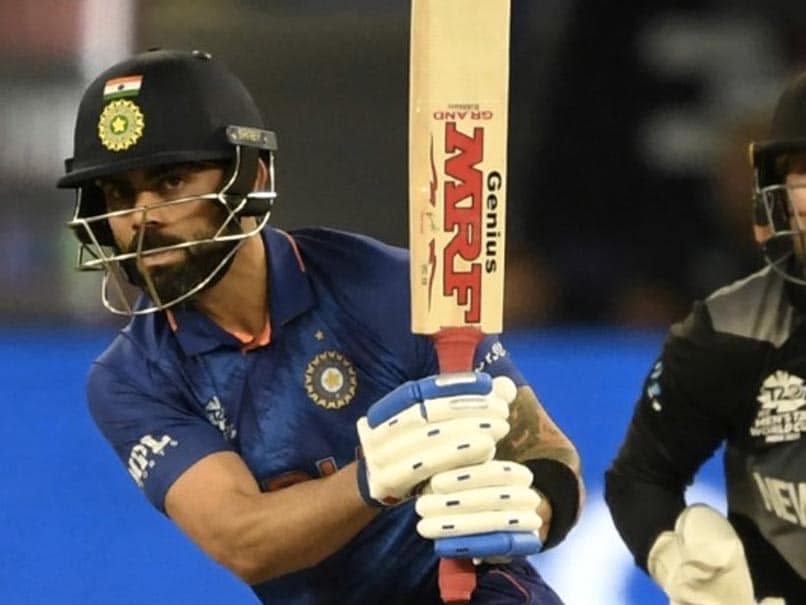 India’s top-order failed to deliver once again as the Virat Kohli-led side were beaten by New Zealand by 8 wickets at the Dubai International Stadium on Sunday. India made two changes from the side that were beaten by Pakistan last week as Ishan Kishan and Shardul Thakur got a place in the starting XI ahead of the injured Suryakumar Yadav and Bhuvneshwar Kumar, respectively. After being put into bat first, India got off to a sluggish start as Kishan failed to make an impact at the top of the order. The southpaw was dismissed for an 8-ball 4 as Trent Boult struck early, reducing India to 11/1.

KL Rahul (18 off 16) was the next one to fall after failing to clear the boundary as Tim Southee removed him on the penultimate delivery of the powerplay, reducing India to 35/2.

India’s white-ball vice-captain, Rohit Sharma, too couldn’t conjure much as he was dismissed by Ish Sodhi for 14.

Skipper Virat Kohli then became Sodhi’s next victim, holing out to Boult at long-on after a sluggish knock 9 off 17 deliveries.

Ravindra Jadeja and Hardik Pandya, however, salvaged some pride as they took India to a total of 110/7. Jadeja chipped in with a 19-ball 26 while Pandya also contributed with a 24-ball 23.

In reply, New Zealand started off with a flourish thanks to openers Martin Guptill and Daryl Mitchell before the former was dismissed for a 17-ball 20 in the fourth over by Jasprit Bumrah.

Mitchell, however, continued his onslaught, smashing 49 off just 35 balls before also losing his wicket to Bumrah. Kane Willaimson then made sure that New Zealand crossed the finishing line without any further hiccups as he remained unbeaten on 33.