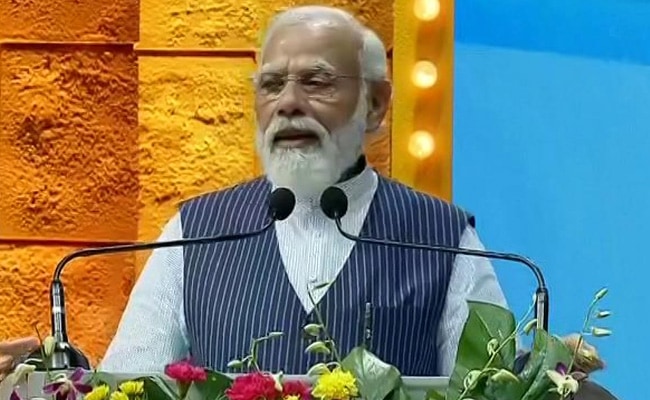 Prime Minister Narendra Modi on Sunday said that India is an idea, a family that stands for protecting the interests of humanity.

“The land of Goa, the air of Goa, the sea of Goa, have been blessed with a wonderful gift of nature. And today, this enthusiasm of the people of Goa, is adding to the pride of liberation,” the Prime Minister said.

The Prime Minister said that Goa came under Portugal at a time when other major parts of the country were ruled by the Mughals.

“Countless political storms and turbulence has been witnessed by Goans. But even after centuries of distance between time and the upheaval of power, neither Goa has forgotten its Indianness, nor has India forgotten its Goa. This is a relationship that has only grown stronger with time,” he said.

“The people of Goa also did not allow the movements for liberation and swaraj to stop. They kept the flame of freedom burning for the longest time in the history of India. This is because India is not just political power. India is an idea, a family that stands for protecting interests of humanity,” PM Modi said.

On the occasion of Goa Liberation Day celebrations, PM Modi inaugurated multiple development projects at the stadium on Sunday. The Prime Minister also felicitated the freedom fighters and veterans of ‘Operation Vijay’ at the function.

Goa Liberation Day is celebrated on December 19 every year to mark the success of ‘Operation Vijay’ undertaken by the Indian Armed Forces that liberated Goa from Portuguese rule.

He laid the foundation stone for India International University of Legal Education and Research of Bar Council of India Trust at Goa.

The Prime Minister released a Special Cover and Special Cancellation to mark the commemoration of the Indian Armed Forces freeing Goa from Portuguese rule. This special episode of history is shown on the special cover, whereas the special cancellation depicts the war memorial at Indian Naval Ship Gomantak, constructed in memory of seven young gallant sailors and other personnel who laid down their lives in “Operation Vijay”.