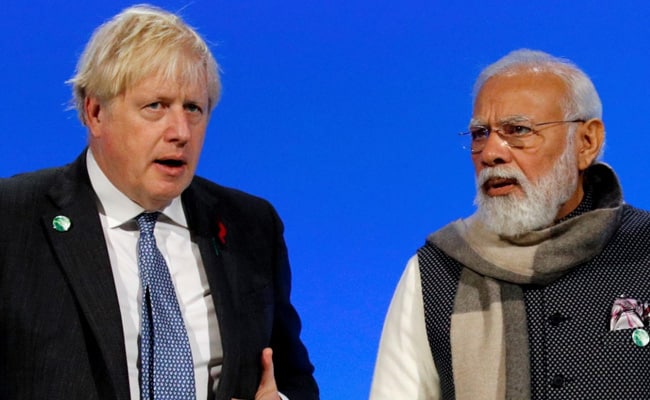 Britain and India launched a plan on Tuesday to improve connections between the world’s electricity power grids to help accelerate the world’s transition to greener energy.

Launched at the COP26 climate talks in Scotland, the plan, dubbed the “Green Grids Initiative – One Sun One World One Grid”, was backed by more than 80 countries, the British government said in a statement.

The initiative aims to make renewable energy the most affordable and reliable option for all countries by 2030 and was an important contribution to the world’s goal of capping global warming at 1.5 degrees Celsius above pre-industrial norms.

“If the world has to move to a clean and green future, these interconnected transnational grids are going to be critical solutions,” Prime Minister Narendra Modi said in a statement.

The plan forms a key part of a broader plan to speed up the roll out of affordable ‘green’ technology, covering more than 70% of the global economy and the ‘Breakthrough Agenda’.

“By making clean technology the most affordable, accessible and attractive choice, the default go-to in what are currently the most polluting sectors, we can cut emissions right around the world,” Johnson said.

Among other plans to be announced, the Global Energy Alliance for People & Planet was launched with an initial $10 billion from philanthropies and development banks to support the energy transition in the Global South.

The United States and the United Arab Emirates, meanwhile, launched AIM4C, to drive innovation in sustainable agriculture, backed by $4 billion in extra investment.

To help cut down the cost of clean technology and create markets in everything from green hydrogen and sustainable aviation fuel, the Breakthrough Energy Catalyst programme will aim to raise $30 billion, the statement said.