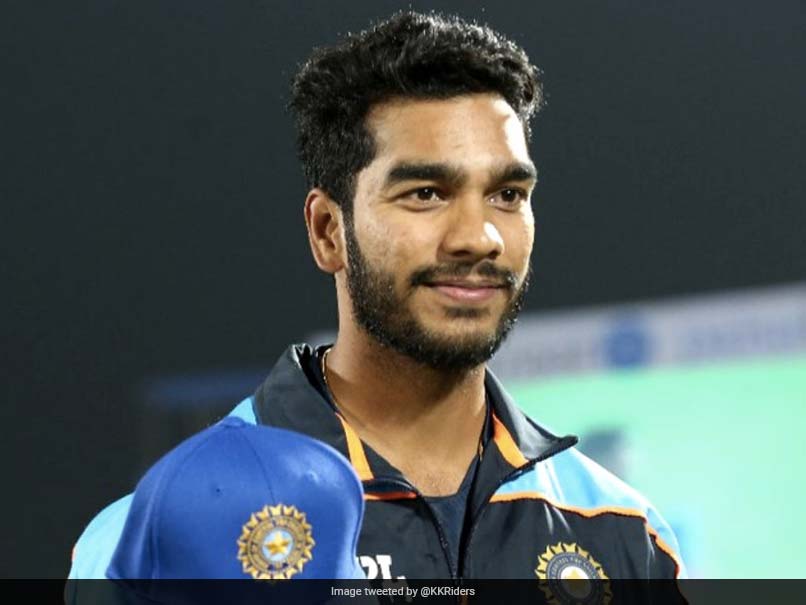 Venkatesh Iyer made his international debut in the 1st T20I against New Zealand.© BCCI/Twitter

The Board of Control for Cricket in India (BCCI) shared a video Indian cricketer Venkatesh Iyer where the all-rounder spoke candidly about his interests, which included his love of the World Wrestling Entertainment (WWE). Iyer touched on several aspects of his cricketing life in the course of the video which also included his strong bond with pacer Avesh Khan. However, Iyer caught everyone’s attention when he mentioned that he had a “special request” for former superstar of the WWE, ‘The Undertaker’. With a huge smile on his face, Iyer revealed his interest in the WWE and hoped that the BCCI video would be seen by the ex-wrestler and would land him a signed WWE belt.

“Undertaker is one of my childhood heroes. I am a big fan of WWE and Undertaker. I really hope that he sees this video and sends me a signed WWE belt,” Iyer said in the video.

Of bond with buddy @Avesh_6
Warm welcome from @ImRo45, Rahul Dravid & @RishabhPant17
Special request for WWE’s The Undertaker @ivenkyiyer2512 discusses it all with @28anand in this special feature.#TeamIndia #INDvNZ

Venkatesh Iyer stamped his authority on the big stage when he took the second phase of the Indian Premier League (IPL) 2021 by storm and helped Kolkata Knight Riders (KKR) reach the final.

Iyer amassed 370 runs in 10 games and also claimed three wickets. His confidence at the top of the order along with his medium-pace bowling gave balance to Eoin Morgan’s side.

With Iyer ending IPL 2021 with an an average of over 41, the Indian team management took notice and gave him his international debut in the first T20I in the ongoing series against the visiting New Zealanders.

Venkatesh Iyer made his intentions clear with a boundary off the first ball of his career but departed soon.

India registered a five-wicket win in the Jaipur T20I and Venkatesh could well be retained and given much more game time in the upcoming fixtures.

The next T20I is scheduled to be played on Friday in Ranchi.