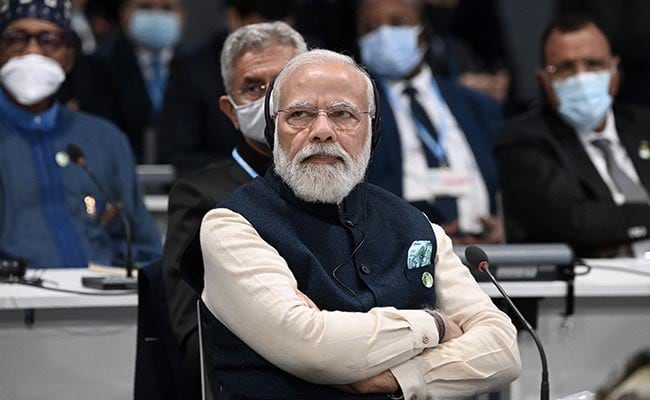 Prime Minister Modi again met Leyen during the COP26 Climate Summit here on Monday. President of the European Council Charles Michel and Leyen had met PM Modi in Rome on Friday on the sidelines of the G20 Summit.

Good to continue close collaboration with PM @narendramodi#COP26 as well.

India is a key partner on fighting global climate.

To this PM Modi tweeted that, “Happy to have met you in Glasgow after the very fruitful interaction in Rome. As I highlighted during my speech yesterday, India will always strengthen any effort for sustainable development.”

On Monday, Prime Minister Modi announced a bold pledge that India will achieve net-zero carbon emissions by 2070 and asserted that it is the only country that is delivering in “letter and spirit” the commitments on tackling climate change under the Paris Agreement.

He said India is working hard in fighting climate change and it will show results.

PM Modi also said that India is putting climate change at the centre of its policies and stressed the need to include climate adaptation policies in the school syllabus to make the next generation aware of the issues.

“Good to meet @narendramodi. Our strategic agenda is on the right track. We agreed that our trade negotiators will start to work. We’ll deepen our cooperation on climate including on innovation & technology Looking forward to cooperating in the Indo-Pacific,” she had said in a tweet.

India-EU bilateral relations date back to the early 1960s with India being amongst the first countries to establish diplomatic relations with the European Economic Community in 1962.