India’s abject surrender to New Zealand in Dubai on Sunday was yet another setback against a team, which the ‘Men in Blue’ have found difficult to get past at the global stage. India has now lost three matches at the T20 World Cup to the Kiwis and yet to record a victory against them in the tournament. Add to that their losses in the ODI World Cups, which includes the heartbreaking semi-final defeat in 2019, and this is becoming a dangerous trend for the team. Not just that, India also lost in the final of the inaugural ICC World Test Championship to the Blackcaps. To understand this further, we need to delve deeper into the history of the rivalry between the two teams.

While India has often held sway in bilateral series, their last win over New Zealand in a World Cup (across formats), came 18 years ago in Centurion, during Sourav Ganguly’s Indian team’s journey to the final of the 2003 ODI World Cup. India have since lost to the Kiwis at the 2007 ICC WT20 and the last event at home in 2016 and the 2019 ODI World Cup semi-final.

In total, the two teams have met in World Cups (ODIs and T20Is) on 11 occasions with India winning just two and losing 9. 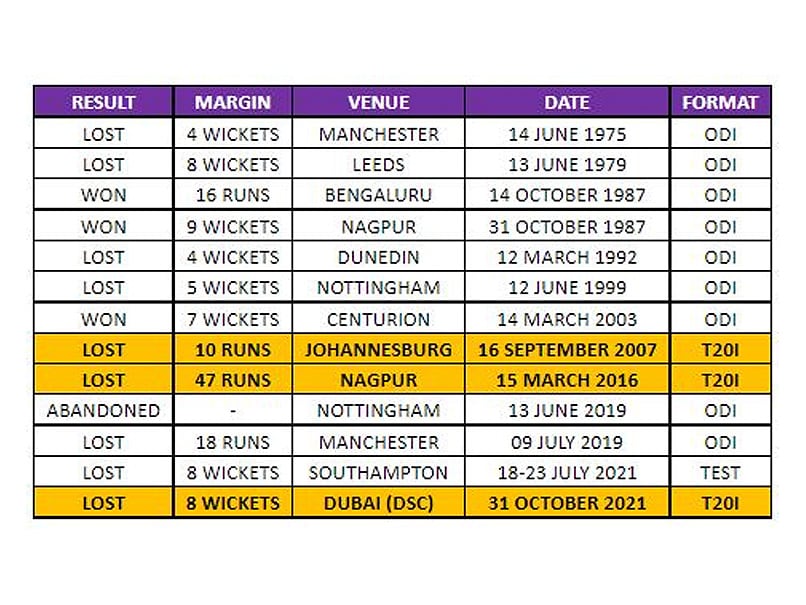 India’s loss in Dubai means they are among a handful of top teams, who are yet to register a win against a particular opposition in T20 World Cups. 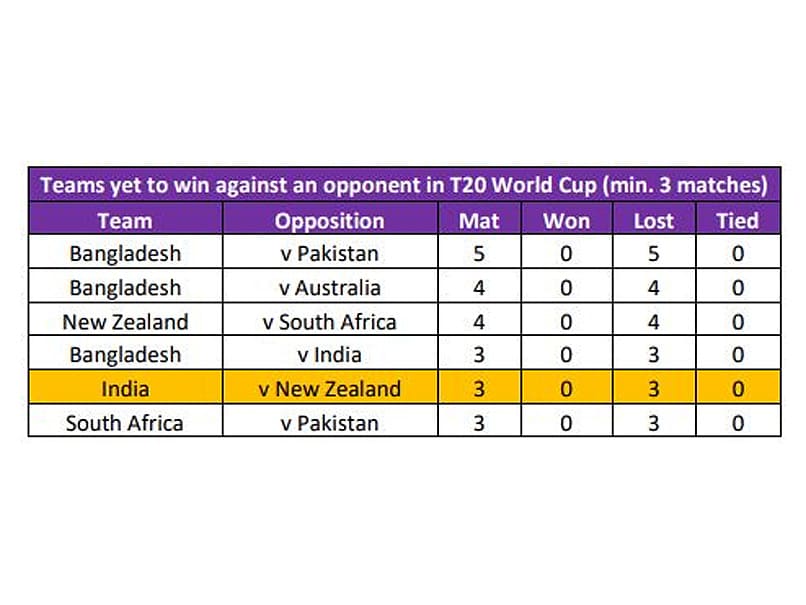 The Indian team will have to work hard to bounce back from the twin disasters and it has to be the senior members of the team who will have to play a big role if India are to finish the tournament with at least a few wins under their belt. The team isn’t yet out of contention for a place in the semi-final, and fate depends on whether they win their remaining matches with big margins and also on Afghanistan beating New Zealand.