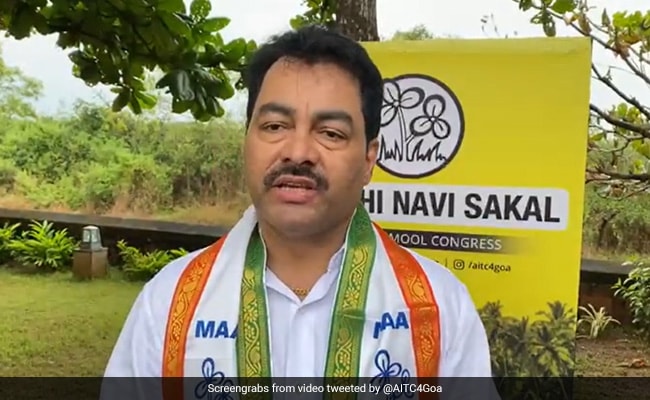 Goa Forward Party (GFP) working president Kiran Kandolkar quit the party on Saturday in protest against a possible alliance with the Congress in the upcoming Assembly polls and joined the Trinamool Congress.

Mr Kandolkar, a former BJP MLA, had joined GFP in 2020. Incidentally, he was declared the GFP candidate from the Aldona seat for the Assembly polls scheduled early next year.

“But the Congress has already started campaigning there. I feel Congress will ditch the Vijai Sardesai-led party at the last minute. I feel that parties like Congress and AAP are not serious about defeating BJP,” he told reporters.

Mr Kandolkar said only the Mamata Banerjee-led party is capable of defeating the BJP in the next year’s polls.

“Rahul Gandhi or Arvind Kejriwal can’t defeat Narendra Modi. But Mamata Banerjee has shown in West Bengal that she can fight back and hand BJP a drubbing,” he added.

In the 2017 Goa Assembly polls, the Congress had won the highest 17 seats in the 40-member House restricting the BJP at 13. However, the BJP allied with regional parties – GFP and MGP – to form a government under the late Manohar Parrikar.