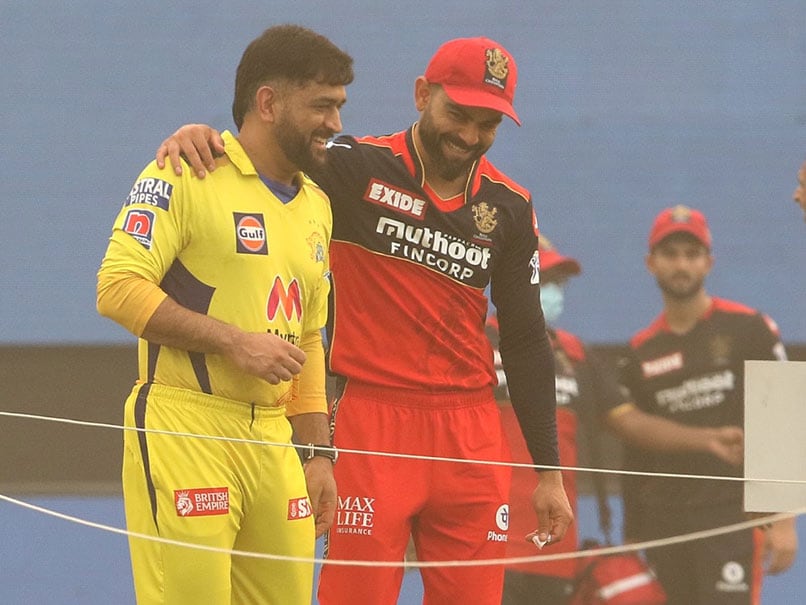 MS Dhoni and Virat Kohli spoke to each other as a sandstorm delayed the toss.© IPL

The toss in the Indian Premier League (IPL) 2021 match between Chennai Super Kings (CSK) and Royal Challengers Bangalore (RCB) at Sharjah on Friday was delayed due to a sandstorm. Captains of both the teams MS Dhoni and Virat Kohli were out in the middle when the storm descended over the Sharjah Cricket Stadium and the delay gave both of them a great opportunity to talk to each other. Fans of the Indian cricket team would only be intrigued about what the two legendary players had to talk about.

IPL posted a video on its Twitter handle where both Dhoni and Kohli can be seen engrossed in conversation.

Dhoni will be mentoring the Indian cricket team during the T20 World Cup, that will be played in the UAE and Oman after the conclusion of the IPL.

This will reunite Dhoni with his protege Virat Kohli, who will be leading the Indian T20 team one last time in the global tournament.

Kohli learnt the ropes of leading the side during his time as deputy under MS Dhoni and both the players share a great relationship on and off the field.

The video was liked several thousand times within minutes of being tweeted and fans had some great reactions.

Both CSK and RCB would look to improve their playoff hopes if Friday’s match does go ahead.