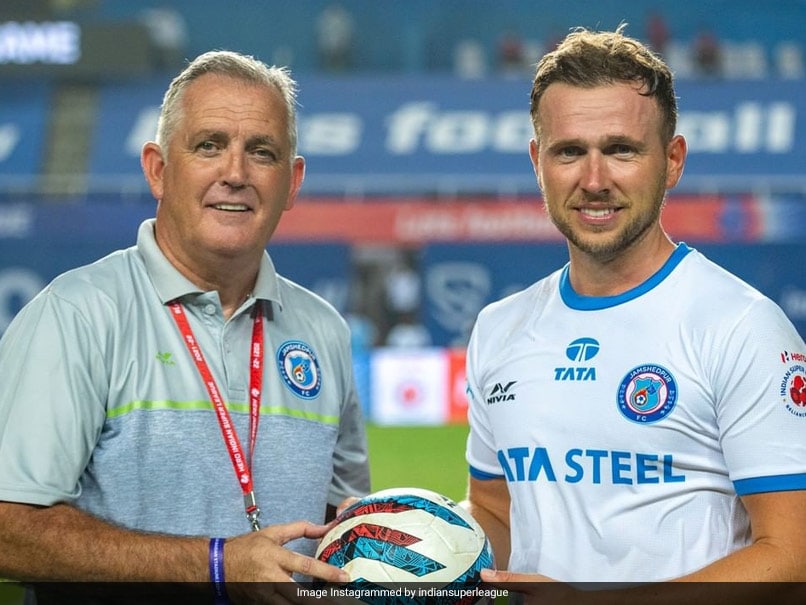 Greg Stewart sharpened his pedigree as one of the best players in the league this season with a spectacular first-half hattrick as Jamshedpur FC rode his heroics to breeze past Odisha FC and climb to second in the points table, in the Indian Super League 2021-22 season at the Tilak Maidan Stadium on Tuesday. Stewart scored three very different yet stunning goals in the 4th, 21st and 35th minutes to crown Peter Hartley’s effort in the 3rd minute as the ‘away’ side made Odisha look ordinary despite this being their best start to the season.

The result means Jamshedpur leapfrog from fifth to second in the points table with 11 points from six games. Odisha is in fourth position having nine points from five games.

Odisha was rocked inside the first four minutes. Peter Hartley got The Men of Steel going with the first goal, turning in a delightful Stewart corner into the right bottom corner, out jumping Vinit Rai after winning the flag-kick himself.

One minute later, Stewart made it 2-0 pouncing on a mistake from the Odisha defence and outfoxing Paul Ramfangzuava to then shimmy his way past another defender and let loose a right-footed effort that cannoned past Kamaljit Singh and into the top right corner.

The 31-year old Stewart, who won the Scottish Premiership with Rangers before his move to Jamshedpur, unleashed a stunning free-kick from 30 yards that curled in a left-footer from around the wall to bend in past a diving Kamaljit.

Stewart was in the form of his life, netting his hattrick in the 35th minute after he strode past a few defenders and fired past the keeper at the far post.

The only downside in a perfect half for Owen Coyle’s men was the injury to Alexandre Lima who beat a charging defender to shoot straight at the keeper but injured himself in the process.

The second half could not match up to the sizzling first period as Odisha players tried to create chances and open their goal account and narrow down the margin.

The Kiko Ramirez-coached side rang in the change bringing the likes of Nikhil Raj and Liridon Krasniqi to change their fortunes but in the end, it proved to be a horror night for them and one that found them wanting in defence and lack of ideas when struck by a Greg Stewart blitzkrieg.