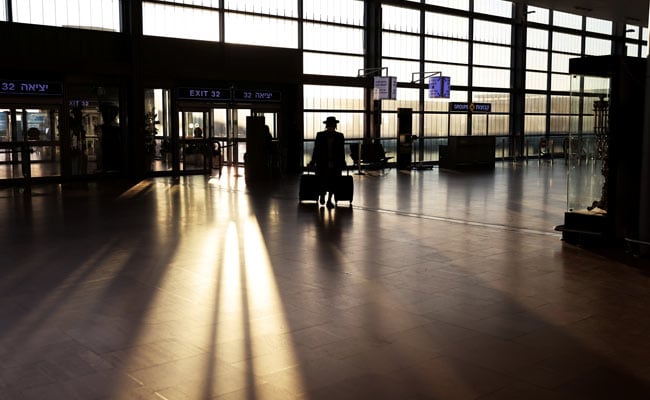 Barring US travel for Israeli citizens and residents would mark a significant step for Prime Minister Naftali Bennett’s government, given the hundreds of thousands of dual nationals and close ties between the countries.

Bennett said Israel was in the midst of its fifth wave of Covid-19.

“The Omicron variant is already here,” he told a press conference after a cabinet meeting, “and it’s spreading fast”.

Speaking earlier, Bennett reiterated that he would continue to restrict travel in order to avoid further lockdowns.

He said Israel had gained “precious time” by curbing travel immediately after the Omicron variant was detected in South Africa last month.

“European countries are either in lockdown or are heading that way,” he said, stressing that for Israel “time is running out”.

Britain and Denmark were already on the red list, as was most of Africa.

In addition to the US, the health ministry recommended that Canada, Belgium, Italy, Germany, Hungary, Morocco, Portugal, Switzerland and Turkey be red-listed, guidance that is awaiting approval from the government and lawmakers.

Israeli citizens and residents who are already abroad when a country is declared red must quarantine for a week after returning home.

Non-resident foreigners from all countries are barred from entry unless they have special permission.

Bennett called on Israelis to work from home and encouraged parents to vaccinate their children.

“Our goal is to brave this wave without it affecting the economy and education as much as possible,” he said.

“The way to achieve that is by slowing down the infection rate, and vaccinating Israeli children in the meantime as quickly as possible.”

Ran Balicer, chairman of Israel’s national expert panel on Covid-19, told AFP the travel rules were allowing for most life to continue as usual inside Israel.

“The more strict you are in preventing importation and delaying local transmission, the more lax you can be in disturbing the economy and everyday life,” he said.

Balicer estimated that Israel would ease its restrictions once local transmission of Omicron began to rise, reducing the relative proportion of cases coming in from overseas.

He said it was not yet clear if the strain posed a risk of severe illness and death.

More than 4.1 million of Israel’s estimated 9.3 million people have received three shots of a coronavirus vaccine, with the country currently giving jabs to children aged 5-11.