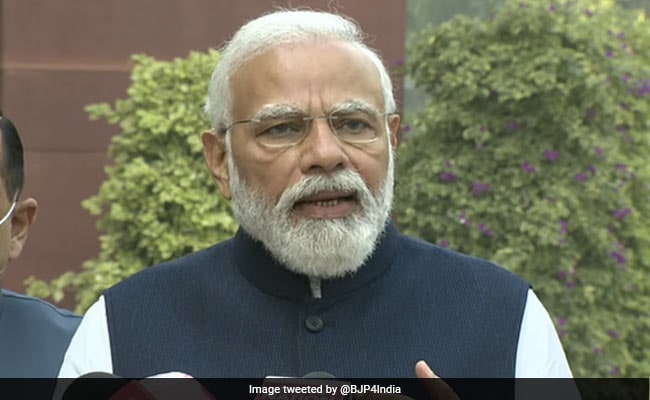 PMO later said the PM’s account was immediately secured after the matter was escalated to Twitter. (File)

Top officials of the Ministry of Electronics and Information Technology (MeitY) were on Monday queried about the hacking of Prime Minister Narendra Modi’s Twitter handle and the Pegasus issue by a parliamentary panel led by Congress leader Shashi Tharoor, sources told news agency PTI.

The officials deposed before the Parliamentary Standing Committee on Information Technology on the subject of safeguarding citizens’ rights and prevention of misuse of social/online news media platforms, including special emphasis on women security in the digital space.

During the course of the proceedings, panel chairman Mr Tharoor questioned about the alleged hacking of phones using spyware Pegasus, to which the officials responded that the matter is subjudice, sources said.

“When Tharoor sought their cooperation, officials simply ducked the question by saying that they have nothing to say on Pegasus,” a source claimed.

Members of the panel also questioned MeitY officials about the hacking of PM Modi’s Twitter handle, but sources claimed the officials appeared clueless about the issue and stated what was already available in the public domain.

PM Modi’s Twitter handle was briefly hacked on Sunday and a tweet claiming that India has “officially adopted bitcoin as legal tender” was put out from it.

The Prime Minister’s Office (PMO) later said the account was immediately secured after the matter was escalated to Twitter.

According to reports, Twitter has stated that it is directly in touch with PMO over the issue.

This is not the first time that a Twitter handle associated with the prime minister has been compromised.

In September 2020, the handle of his personal website was hacked and even then tweets promoting bitcoin, seen to be linked to a scam, were posted from @narendramodi_in.

PM Modi’s accounts are not alone in being targeted by hackers for pushing bitcoin, a cryptocurrency, as handles of several noted public personalities, including Barack Obama and Bill Gates besides those from fields like entertainment, have been targeted in the past.