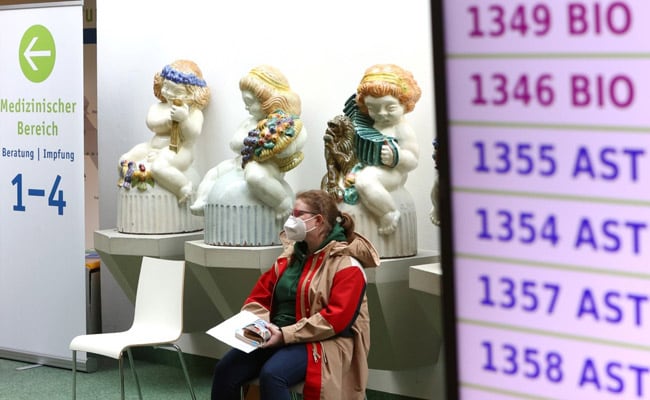 Germany has ordered lockdown in many regions.

Germans faced the stark warning on Monday that they would be either “vaccinated, cured or dead” from Covid by the end of winter, as Austria took the dramatic step of returning to a partial lockdown.

Belgium and the Netherlands meanwhile condemned the clashes that rocked weekend protests against new anti-Covid measures, meant to contain a surge in infections sweeping parts of the continent.

The anger comes amid growing alarm over about Europe’s fourth wave of the pandemic, blamed on a sluggish vaccine uptake in some nations, the contagious Delta variant and the colder weather moving people indoors again.

“Probably by the end of this winter, as is sometimes cynically said, pretty much everyone in Germany will be vaccinated, cured or dead,” German Health Minister Jens Spahn said, as he urged more citizens to get the jab.

“We have a highly dramatic situation” as new infections “double every 12 days”, Merkel told a meeting of leaders of her conservative CDU party, according to participants.

Germany’s worst-hit regions have ordered new shutdowns, including the closure of Christmas markets.

The restrictions mirror those in neighbouring Austria, which re-entered a partial lockdown, shuttering shops, restaurants and festive markets from Monday — the most drastic restrictions seen in Western Europe for months.

Its 8.9 million people are not allowed to leave home with few exceptions such as going to work, shopping for essentials and exercising as virus cases are surging.

The Alpine nation also plans a vaccine mandate from February 1, one of few places in the world to so far to announce such a move.

Austria’s schools and kindergartens remain open, though parents have been asked to keep children at home when possible despite there being no distance learning offered during the three-week lockdown.

One parent, Kathrin Pauser, said she was still dropping off her daughters aged nine and 11, both of whom were recently vaccinated, at school.

Across the border in Slovakia, unvaccinated people were also facing curbs blocking them from entering non-essential stores.