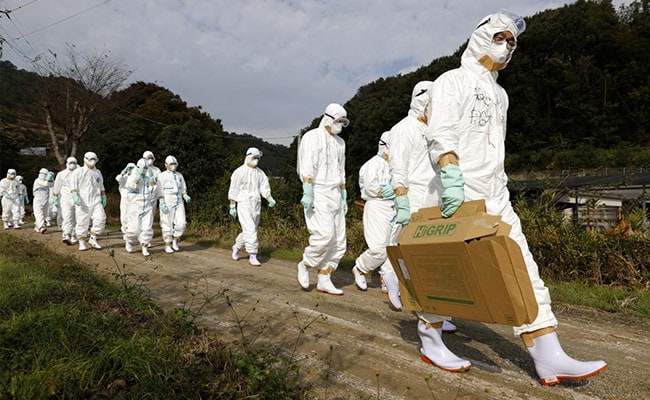 Japan has confirmed the highly pathogenic bird flu subtype H5N8 was detected at a poultry farm in the third outbreak of avian influenza in the country this winter, the agriculture ministry said on Tuesday.

The outbreak was discovered on Monday at a farm with about 11,000 egg-laying chickens in Izumi City in Kagoshima prefecture in southwestern Japan, the ministry said in a statement on its website.

It comes as several outbreaks of severe bird flu in Europe and Asia have been reported to the World Organisation for Animal Health in recent days, in a sign the virus is spreading quickly again.

“The NA subtype of the highly pathogenic avian influenza virus was identified and it was confirmed to be H5N8 subtype,” the ministry said.

The increase in the number of people around the world getting infected from bird flu this year is becoming a source of concern for epidemiological experts, especially as the world slowly recovers from the COVID-19 pandemic.

China has reported 21 human infections with the H5N6 subtype of avian influenza in 2021 to the World Health Organization, compared with only five last year, it said, with six dead and many of the others critically ill.

In February, Russia registered the first case of the H5N8 strain being passed to humans from birds and reported the matter to the WHO. There was no sign at the time of transmission between humans.

Japan temporarily suspended exports of chicken meat and eggs from all regions earlier this month after reporting the first outbreak, though the ministry has said the consumption of those items, if infected, pose no risk to humans.

Last winter, Japan had its worst season of winter flu on farms yet, with almost 10 million chickens culled and more than a third of the country’s prefectures affected.

Japan has an egg-laying flock of around 181 million hens and a broiler population of 140 million, according to the ministry of agriculture.

Anti-viral treatments can be effective against the bird flu but there is no vaccine for humans, according to the website of Britain’s National Health Service.