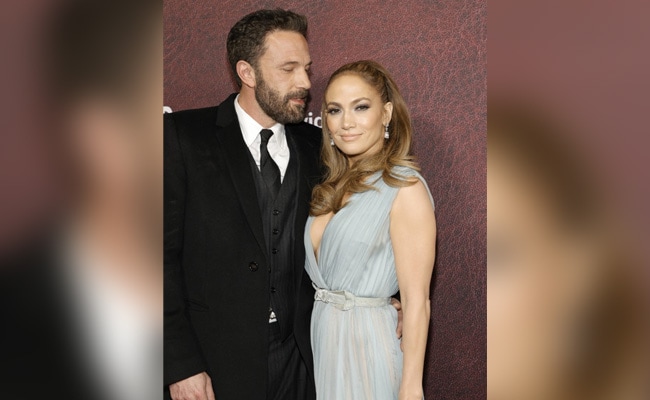 Jennifer Lopez, who started dating her ex-boyfriend Ben Affleck again this year, in a recent interview with People magazine, denied being angry at him over his comments on ex-wife Jennifer Garner. Last week, Ben Affleck received major social media flak for baling his ex-wife for his alcoholism. JLo told People, “This story is simply not true. It is not how I feel.” She added, “I couldn’t have more respect for Ben as a father, a co-parent, and a person.” For the uninitiated, during an appearance on The Howard Stern Show, Ben Affleck said that he would “still be drinking” if he were married to Jennifer Garner. He said during the show: “I’d probably still be drinking. It’s part of why I started drinking because I was trapped.”

Ben Affleck also said during the interview, “I was like ‘I can’t leave because of my kids but I’m not happy, what do I do? What I did was drink a bottle of scotch and fall asleep on the couch, which turned out not to be the solution,” reported People magazine.

The Good Will Hunting actor married Jennifer Garner in the year 2005 and the two got separated in 2015. They have three children together – Violet, 16, Seraphina, 12, and Samuel, 9.

Ben Affleck is currently dating Jennifer Lopez. The Gigli co-stars were engaged back in 2002. However, it ended in a split two years later. JLo and Ben Affleck were married (and divorced) to Marc Anthony and Jennifer Garner, respectively. They also broke up with their respective partners this year. JLo was previously dating Alex Rodriguez, while Ben Affleck was with actress Ana de Armas.

They made their relationship Instagram official on JLo’s birthday this year. They also made several red carpet appearances together. The stars were also papped together on several occasions.</