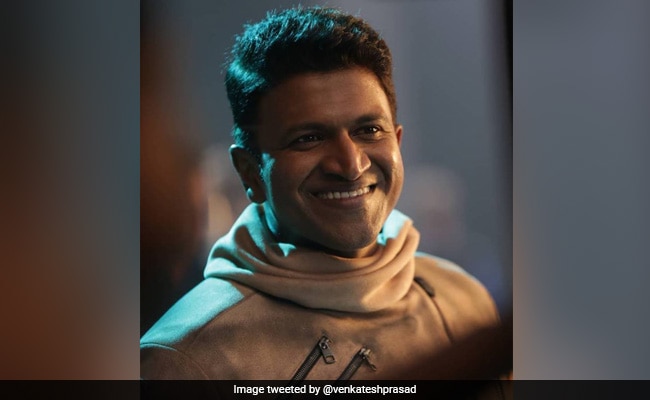 Actor Puneeth Rajkumar died in a Bengaluru hospital today after suffering a heart attack. He was 46. He had been taken to Vikram Hospital this morning in an “unresponsive” condition; in the afternoon, Karnataka Chief Minister Basavaraj Bommai tweeted: “I am deeply shocked that Kannada celebrity Shri Puneeth Rajkumar died of a heart attack. The death of Kannadigar’s favourite actor, Appu, hascaused enormous loss to Kannada and Karnataka and I pray that God will have mercy on his soul and give his fans the power to endure this pain.”

News agency ANI tweeted earlier today: “Actor Puneeth Rajkumar was admitted after suffering chest pain at 11.30 am. Trying our best to treat him. His condition is serious. Can’t say anything as of now. His condition was bad when brought to hospital, treatment on in ICU: Dr Ranganath Nayak, Vikram Hospital, Bengaluru.” The hospital also said that the actor had been brought in unresponsive but that doctors were “trying (their) best to treat him.”

Visuals from outside the hospital showed crowds of fans and a police presence; there were reports of shops shutting and traffic jams in Bengaluru.

Actor Puneeth Rajkumar(in pic)was admitted after suffering chest pain at 11.30 am.Trying our best to treat him.His condition is serious.Can’t say anything as of now.His condition was bad when brought to hospital, treatment on in ICU: Dr Ranganath Nayak, Vikram Hospital, Bengaluru pic.twitter.com/Gw4Xp5r5pV

Puneeth Rajkumar, 46, was the son of veteran actor Rajkumar. He was known to fans as “Appu” – after the 2002 film in which he played his first lead role – and “Power Star.” Puneeth’s older brother Shiva Rajkumar is also a hugely popular actor.

Born Lohit, Puneeth began as a child star – he was just six-months-old when he was cast in 1976 films Premada Kanike and Aarathi. In addition to Appu, which was a hit, his film credits – of which he has 29 – as a lead actor include Mourya, Arasu, Raam and Anjani Putra. He was also a singer and is admired for his dance skills. Puneeth made his TV debut in 2012 as presenter of Kannadada Kotyadhipathi, the Kannada version of game show Who Wants To Be A Millionaire?

Puneeth Rajkumar is survived by wife Ashwini Revanth and has two children.