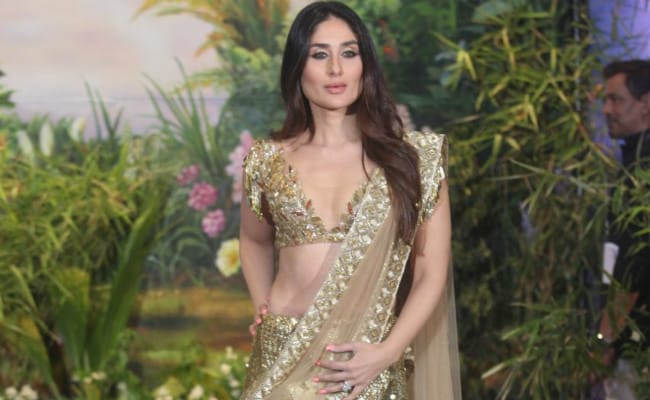 Actor Kareena Kapoor Khan had been “extremely responsible” but contracted Covid at an “intimate dinner”, a spokesperson quoted by Filmfare has said amid a snowballing controversy over two Bollywood dinners billed as “hotspots”.

Kareena Kapoor Khan, her friend and actor Amrita Arora, and two stars of “The Fabulous Lives Of Bollywood Wives” – Seema Khan and Maheep Kapoor – have tested positive after they attended a dinner at filmmaker Karon Johar’s Mumbai home on December 8. Their buildings have been sealed by Mumbai’s civic body BMC (Brihanmumbai Municipal Corporation).

Kareena Kapoor’s spokesperson points at “one person” at the party “who seemed unwell and was coughing”, and “should have been responsible enough not to attend the dinner”.

It was designer Seema Khan – the wife of Sohail Khan — who took the Covid test first, BMC has said. Reports said she was coughing at the party.

When her results returned positive, Kareena Kapoor and Amrita Arora got themselves tested.

At least 12 more, including guests at that dinner, have been tested for Covid.

“Kareena has been extremely responsible throughout the lockdown period. She has been careful every time she’s stepped out. Unfortunately, this time she and Amrita Arora contracted Covid at an intimate dinner where a few friends had gathered to catch up. It wasn’t a big party as was reported. Among that group, there was one person who seemed unwell and was coughing, and who eventually passed it on. This person should have been responsible enough to not attend the dinner and put others at risk,” the spokesperson told Filmfare.

“As soon as she tested positive she has quarantined herself and is following the necessary precautions and protocols to deal with the condition. It is not fair to put the blame on her and say that she has been irresponsible and let her guards down. Kareena is a responsible citizen and also has the concern and care for safeguarding her family,” he added.

Kareena Kapoor and a few others at Karan Johar’s party were also common to another dinner, hosted by Anil Kapoor’s daughter Rhea Kapoor.

They are believed to be among the eight or nine guests at Karan Johar’s home just a day later.