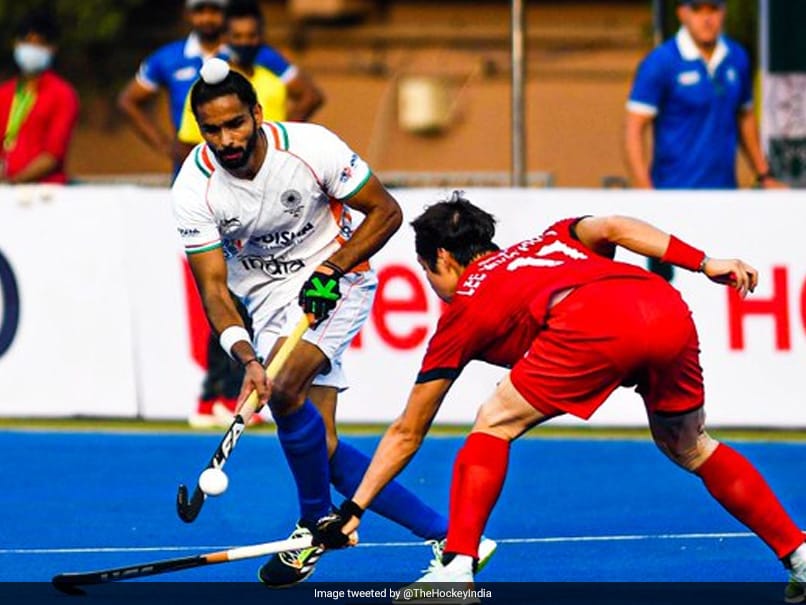 India were held 2-2 by Korea despite leading 2-0 at one point.

Defending champions and Olympic bronze-medallists India were held to a 2-2 draw by a fighting Korea in their opening match of the Hero Asian Champions Trophy men’s hockey tournament here on Tuesday. Playing their first tournament after the historic Tokyo Olympics campaign, India started brightly and scored in the fourth minute through Lalit Upadhyay before vice-captain Harmanpreet Singh converted a penalty corner in the 18th minute to double their lead. Trailing 0-2, Korea fought back after the change of ends and scored through Jonghyun Jang in the 41st minute and Sunghyun Kim in the 46th minute to stun the favourites and draw level.

Korea grew in confidence as the match progressed and pressed the Indian defence hard.

The Manpreet Singh-led side also had numerous chances, including penalty corners, but failed to utilise the opportunities as the match ended in a stalemate.

Jaehyeon Kim in front of the Korea goal was the difference between the two sides as he produced numerous brilliant saves to help his side steal a point from the game.

The last encounter between the two sides ended in a 1-1 draw in the last edition of the tournament.

India will next play hosts Bangladesh on Wednesday.