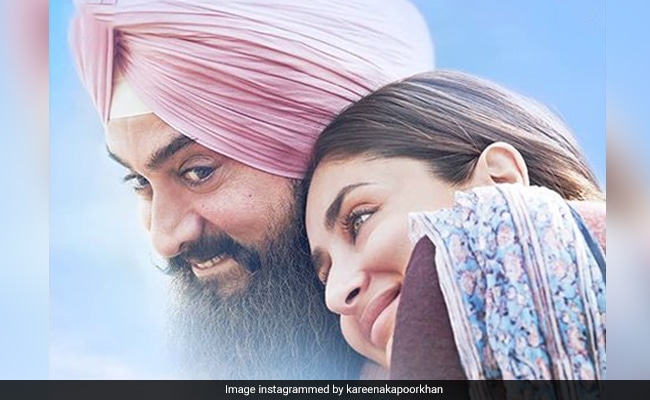 Baisakhi is going to be extra special for all the movie buffs, what with two big films hitting the screens. Aamir Khan’s Laal Singh Chaddha and Yash’s KGF: Chapter 2. Both the films are slated to release on April 14, 2021. The film was earlier slated to release on Christmas 2021. The release date was then shifted to February 14. The film will finally open in theatres on April 14, next year. Bollywood trade analyst Taran Adarsh announced the news of the films’ clash at the box office and he tweeted: “The big clash… 14 April 2022 will witness the clash of the two biggies:Laal Singh Chaddha and KGF2… Aamir Khan versus Yash.”

‘LSC’ VERSUS ‘KGF2’: THE BIGGG CLASH… 14 April 2022 will witness the clash of the two biggies: #LaalSinghChaddha and #KGF2… #AamirKhan versus #Yash. pic.twitter.com/JYvumuIUNi

Kareena Kapoor, who stars in the film, opposite Aamir Khan, shared the new poster of the film and she wrote: We are happy to share our new poster and our new release date.” She added the hashtag #LaalSinghOnBaisakhi.

Take a look at the poster of Laal Singh Chaddha here:

Aamir Khan’s forthcoming project Laal Singh Chaddha, is a remake of the 1994 classic Forrest Gump, which featured Tom Hanks in the lead role. The film is being directed by Advait Chandan. Laal Singh Chaddha is collaboratively being produced by Aamir Khan, Kiran Rao and Viacom 18 Motion Pictures.

In Laal Singh Chaddha, Aamir Khan will be seen sharing screen space with his 3 Idiots co-stars Kareena Kapoor, actor Naga Chaitanya and Mona Singh. It will also star Naga Chaitanya. During an interview with news agency PTI earlier, the Lagaan actor spoke about why he decided to make a remake of Forrest Gump and said, “I have always loved Forrest GumpThugs Of Hindostan.

(With inputs from PTI)