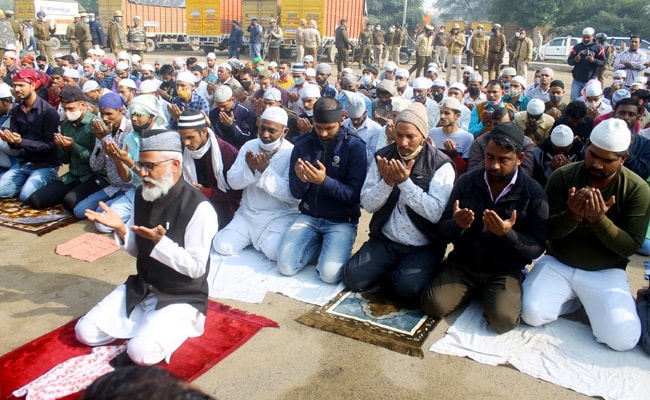 The centre on Wednesday told the Rajya Sabha that it “has not issued any guidelines to states regarding use of open government land for various religious activities”.

“Land is a state subject and it is the responsibility of the concerned state/UT to look after matters related to land. Ministry of Home Affairs has not issued any guidelines to states regarding use of open government land for various religious activities,” junior Home Minister Nityanand Rai said.

The statement was in response to a question from AAP MP Sushil Gupta, asked in the context of a festering row in BJP-ruled Haryana, where Muslims in Gurgaon have been harassed over the past few weeks and months while trying to offer namaz on open land owned by the state government.

Last week Haryana Chief Minister ML Khattar said Muslims in Gurgaon, which is part of the national capital region, would not be allowed to offer namaz in open spaces, withdrawing an earlier agreement reached after clashes with members of the Hindu community in 2018.

The Chief Minister told reporters “we won’t tolerate the custom of offering namaz in the open”.

“The Haryana Chief Minister’s statement and his decision is totally wrong,” he said, adding, “I would have accepted it had this ban been on every religion, but by this pick and choose, it is clear the target is one particular religion… which is not allowed by the Constitution of this country.”

In October tensions flared as groups of people – locals claimed were affiliated to right-wing organisations – disrupted prayers in Sector 12-A.

Following these and weekly protests at other places in Gurgaon, the district administration last month said Muslims would not be allowed to pray at eight of the 37 previously agreed sites.

Among other “objections” raised are claims “Rohingya refugees” use the prayers as an excuse to commit crimes in the area.

When protests first made headlines, Mr Khattar said everyone had a right to pray but also issued a caveat, saying “those offering prayers should not block road traffic”.