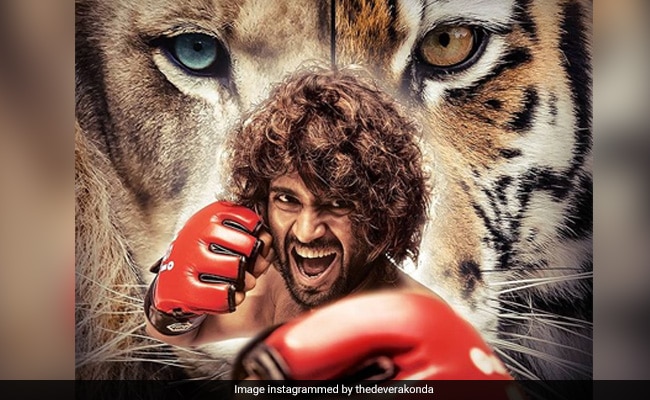 Liger: A promotional poster of the film. (Image courtesy: thedeverakonda)

The date is finally set. Vijay Deverakonda, Ananya Panday and Mike Tyson’s Liger will open in theatres worldwide on August 22 next year. The film is directed by Puri Jagannadh and produced by Karan Johar. On Thursday, the makers of the film raise the excitement among Liger fans by announcing that the first glimpse of the film will be unveiled on December 31. On his Koo profile, Karan Johar wrote: “The action, the thrill and the madness – it’s going to be a total knockout! #Liger arrives in theatres worldwide on 25th August, 2022. Catch the first glimpse on 31st Dec and start your new year with a BANG!” The tagline on the poster reads: “This New Year, aag laga denge.”

Liger features Vijay Deverakonda as a martial art fighter and legendary boxer Mike Tyson as his opponent. The stars were filming Liger in Los Angeles a few days ago. Vijay Deverakonda even shared a photo with Ananya Panday, director Puri Jagannadh and producer Charmme Kaur and wrote: “Hello from LA.”

Before Los Angeles, team Liger was in Las Vegas. Here’s how much fun they had on the sets of the film in Nevada:

Last month, the makers of Liger shared Mike Tyson’s first look from the film. Sporting a grey suit, the former world heavyweight boxer looks fierce as he gets ready for a fiery and powerful punch. Sharing the poster, Mike Tyson wrote: “Namaste INDIA. Be ready to get the ever-loving shit beat out of you #LIGER.”

Liger will release in Hindi, Telugu, Tamil, Malayalam and Kannada.