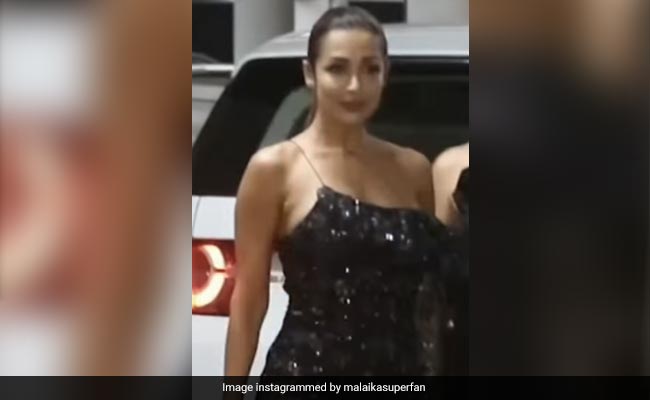 Malaika Arora also gets bothered by the trolling faced by her. Recently, in an interview, Malaika reacted to being trolled for her sheer gown, which she wore to Farhan Akhtar and Shibani Dandekar’s wedding party hosted by Ritesh Sidhwani. Talking to Pinkvilla, Malaika Arora said, “All I could hear was it looked fabulous. I feel people are very hypocritical, they’re hypocrites if you ask me. The same thing you would see on a Rihanna, you would see on a JLo (Jennifer Lopez) or a Beyonce and you’d be like, ‘Wow!’ and I love them! I think they’re women who inspire me every single day of mine. The same thing you do over here, immediately they’re like ‘what is she doing? She’s a mother, she’s this, she’s that!’ Why be hypocrites? I mean if you can appreciate the same on somebody else why can’t you appreciate it, make it a universal outlook, you know? I mean why have these double standards?”

Check out Malaika Arora’s dress, if you haven’t:

Malaika Arora had attended the party with her BFFs Kareena Kapoor Khan, Karisma Kapoor, and Amrita Arora. Many had called Malaika’s dress “risky” and some even age-shamed her. Talking about if trolling bothers her, Malaika said, “Yeah, of course. I mean anybody who says it doesn’t is probably kidding or is trying to just really use a great cover-up. Initially yes, because I think it was new for everybody, for anyone and everyone, and we were all like ‘what the hell? I mean it would upset me and but then when time goes on, I just kind of brushed it aside.”

On the personal front, Malaika Arora is dating actor Arjun Kapoor. On the work front, she has been busy judging several reality shows, including India’s Best Dancer.