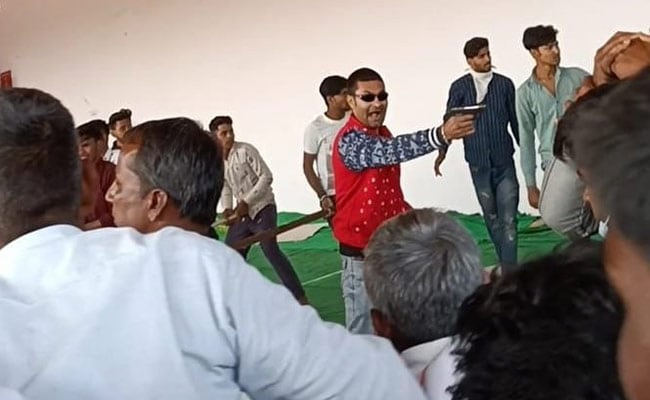 One of the attackers shot former sarpanch Devilal Meena, who died in hospital.

A man was shot dead at a wedding in Madhya Pradesh last evening, allegedly by men belonging to the right wing. Three men have been arrested in the case, the police said.

Shouting “Jai Sri Ram” slogans, the men had barged into the wedding celebrations in Mandsaur, organized by self-styled godman Rampal.

Amit Verma, a senior police officer in Mandsaur, said the men were armed and barged into the function alleging that it was being organised illegally.

Cellphone videos of the attack that are being circulated online showed complete pandemonium as panic stricken guests ran around trying to get away from the men armed with bamboos and sticks.

In the middle of the chaos, former sarpanch Devilal Meena was shot. He was taken to a hospital in Rajasthan’s Kota, where he died later.

A murder case has been lodged against 11 men who were identified and others who are not. Three of the men have been arrested.

Mr Meena, a two-time sarpanch, was supported by the state’s ruling BJP. He was the main organiser of the wedding.