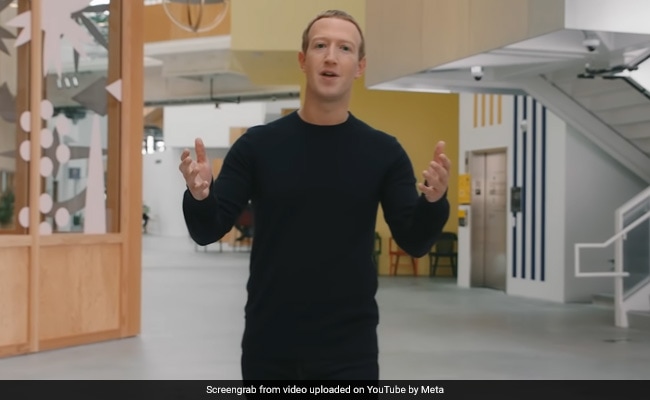 When Facebook CEO Mark Zuckerberg announced that his company was rebranding to Meta, he couldn’t have imagined that this would be mocked not just by social media users but also by government enterprises. In a move that is sure to raise eyebrows, Iceland’s tourism authorities took a dig at the Facebook founder and Meta in their latest video. Using language similar to Mr Zuckerberg’s introduction of Meta and the “Metaverse”, Iceland Tourism released a video inviting people to be part of the “Icelandverse”, a “new”, “immersive” world that is “real”. In the video, Icelandic actor and writer Jorundur Ragnarsson portrays the role of the “chief visionary officer Zack Mosbergsson”.

Dressed in all-black, he explains the initiative in the same way as Mr Zuckerberg in the video released at the launch of Meta. His hair and body language, too, mimic the entrepreneur.

The video has been titled, “Introducing the Icelandverse”. “The next evolution of social connection, millions of years in the making Icelandverse,” reads the caption of the video shared, ironically, on Facebook.

“Today, I want to talk about a revolutionary approach on how to connect our world, without being super weird. Some said it’s not possible. Some said it’s out of reach. To them, we say ‘it’s already here’… and what do we call this not-so-new chapter in human connectivity? The Icelandverse,” says the actor in the video.

And how did Mark Zuckerberg himself react to the parody? With good humour. “Amazing. I need to make a trip to the Icelandverse soon. Glad you’re wearing sunscreen too,” Mr Zuckerberg wrote in the comments section, possibly in reference to his infamous sunscreen photo from Hawaii. 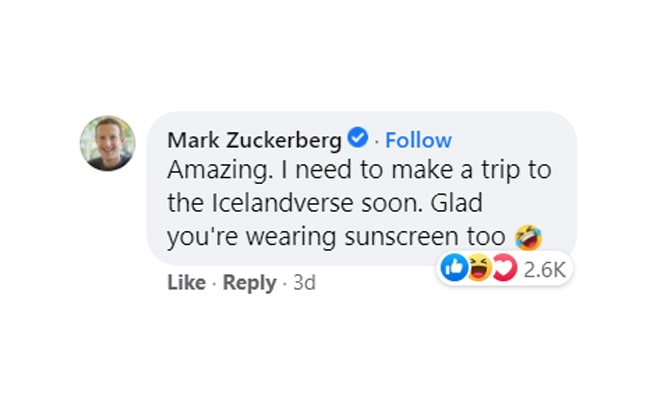 Another user commented, “Mark Zuckerberg is that you? But with another voice over?”

The video showed the actor struggling to open a door. Many saw this as an apparent reference to Mr Zuckerberg reportedly waiting for people to open doors for him.

“I seriously cracked up at the door scene. I still have trouble opening the doors here,” one user said.

Another said, “Marketing done right. Meta should hire them.”

Well, if you are wondering what Mr Zuckerberg’s said while introducing Meta, watch this video:

According to Sky News, Iceland was a popular destination before the COVID-19 cut the number of visitors. In 2019, it had about two million visitors.