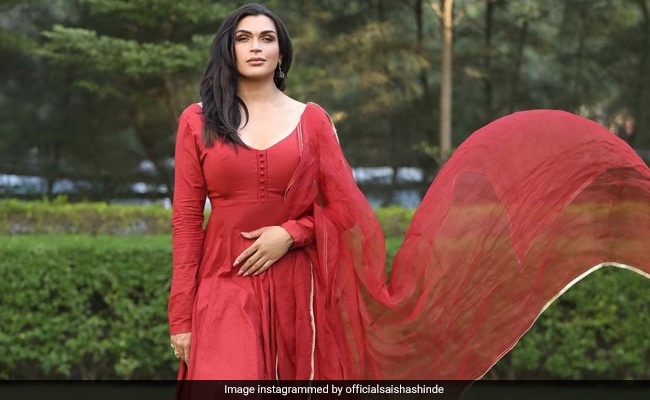 Saisha Shinde came out as a transwoman in January this year.

India’s Harnaaz Sandhu was crowned Miss Universe on Monday, bringing the title home 21 years after Lara Dutta’s win in 2000. For the grand finale, Harnaaz Sandhu, 21, wore a gown designed by Saisha Shinde, who came out as transgender at the beginning of the year.

Harnaaz Sandhu’s stunning silver gown with its beaded embellishments and plunging neckline became part of the historic moment – and its designer could not be happier. “We did it,” Saisha Shinde wrote in an Instagram post after news of the big win made headlines on Monday. Saisha also shared a picture of the newly-crowned Miss Universe in the floor-grazing gown.

Saisha Shinde (formerly Swapnil Shinde) came out as a transwoman in January this year.

“It was only in my early 20s at NIFT where I found the courage to accept my truth; I truly bloomed. I spent the next few years believing that I was attracted to men because I was gay, but it was only 6 years ago that I finally accepted to myself, and today that I accept to you. I’m not a gay man. I am a Transwoman,” the celebrated fashion designer wrote in a note shared on social media at the time.

Saisha earlier spoke to News18 about designing the gown for the Miss Universe pageant and how her transition helped the process.

“There is a certain expectation from Miss India at an International pageant. She has to look elegant, exquisite and the gowns needs to look delicate and dainty but at the same time powerful, strong, which incidentally my brand has become now after I have transitioned into a woman,” Saisha Shinde said.

The 40-year-old designer also shared a glimpse of the work that went into making the sheer embellished gown for Harnaaz on her Instagram Stories. 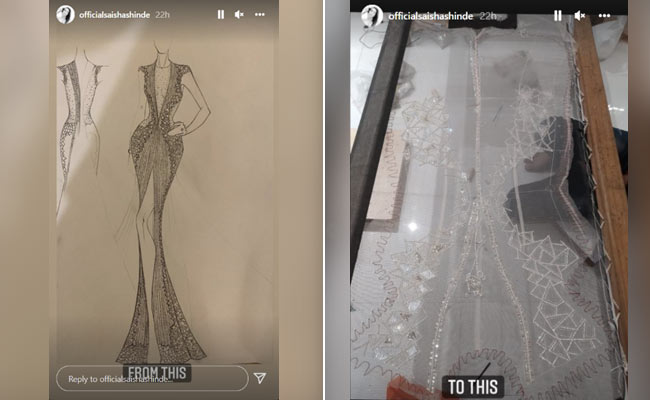 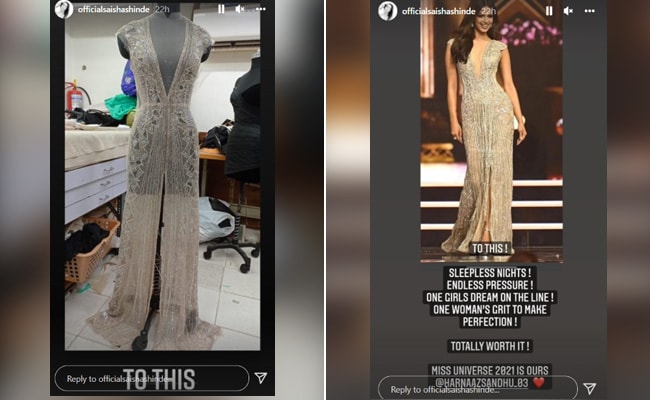 “The gown is embellished with embroidery, stones, and sequins. Harnaaz believes in sustainability, so we used embroidery material which was lying around at the studio,” she explained.