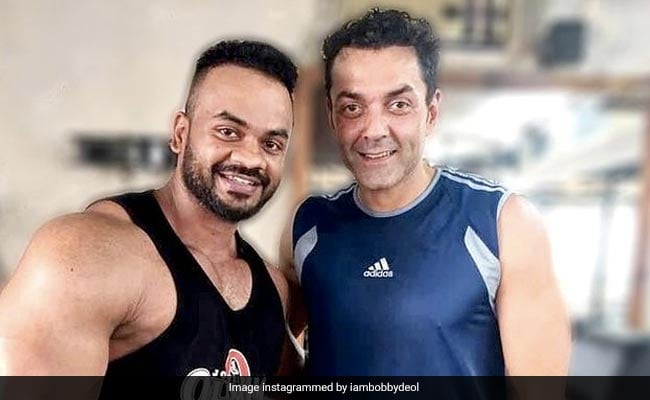 Dharmendra loves his son Bobby Deol’s physical transformation. How do we know this? On Friday, actor Bobby Deol posted then-and-now pictures of himself showing his physical transformation for his film projects and left his fans awestruck. He can be seen posing with his trainer in the photos. “Four years on, and it still needs the same amount of hard work and determination… stronger than ever with Prajwal Shetty,” wrote the actor in his caption. He added hashtags like #ThenAndNow #Strength #Fitness #Passion #FeelTheBurn. Reacting to his post, his father Dharmendra dropped this adorable comment: “Love you my baby face body builder. Give my love to your gutsy Guide.” In another comment, Dharmendra wrote: “Great…God bless you both.”

Bollywood actors Sunny and Bobby Deol are Dharmendra’s sons with his first wife Prakash Kaur while actress Esha Deol is his daughter with actress and wife Hema Malini.

Recently, Bobby Deol shared a post on Sunny Deol’s birthday that features him with his brother and their sisters Vijayta and Ajeeta. Take a look:

Dharmendra is also known for his performances in hits like Sholay, Phool Aur Patthar, Kaajal, Dharm Aur Qanoon, Bhagawat and Charas. He was last seen in the 2018 film Yamla Pagla Deewana: Phir Se, which also starred his sons Sunny and Bobby Deol. His next film is Apne 2 the sequel to his 2007 film Apne, co-starring his sons.

Bobby Deol has featured in films like Badal, Barsaat, Ajnabee, Soldier, Apne and Tango Charlie, to name a few. His recent projects were web-series Aashram: Chapter 2 and film Class Of ’83.