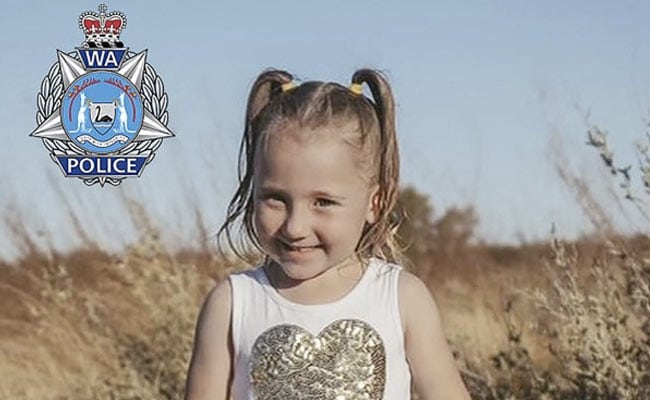 A four-year-old Australian girl abducted from a campsite 18 days ago was found “alive and well” in a locked house Wednesday, telling elated police officers: “My name is Cleo.”

Cleo Smith disappeared from her family’s tent in Western Australia last month, sparking a frantic air, sea and ground search involving 100 officers, one that most feared would end in tragedy.

The little girl was found alone inside a locked house in the coastal town of Carnarvon, a short drive away from where she disappeared, Western Australia police said.

“One of the officers picked her up into his arms and asked her ‘what’s your name?'” police deputy commissioner Col Blanch said.

Police detained a 36-year-old local man with no connection to the family after breaking into the house at about 1 am local time.

The young girl was reunited with her parents a short time later, with her mother Ellie taking to social media to express her relief.

“Our family is whole again,” she posted on Instagram under a photo of Cleo.

Ellie Smith had earlier described her distress at waking at 6 am to find the family’s tent unzipped and her oldest daughter missing.

Her public pleas for help to bring Cleo home had prompted an outpouring of support from across Australia.

“It’s very rare. It’s something we all hoped in our hearts, and it’s come true,” he said.

He first received a call at 1:38 am, but sheepishly admitted: “I didn’t answer it, I was asleep.” Still, within a few hours, he had received a “lovely” image of the girl smiling from a hospital bed.

“There will be movies made about this,” he said. “You never know what to expect, you hope for the best, but you prepare for the worst.”

“It’s great to provide the country with positive news.”

While police used human intelligence, surveillance footage and forensic analysis to find the girl, scores of volunteers scoured nearby bushland for clues.

Investigators had been determined they “were not going to leave any stone unturned”, even as the search dragged on, Western Australia police commissioner Chris Dawson said.

“We had been following a lot of the forensic leads and it led us to a particular house,” he told ABC radio. “We put everything we had at it.”

“Hope was never lost and the fact she’s been found alive, I think Australia is rejoicing. It is such a wonderful outcome.”

Dawson said Cleo was “as well as we could expect in the circumstances”, while Blanch added that she was being assessed by a medical team.

Police last month had offered Aus$1 million (US$750,000) for information leading to Cleo’s recovery after she was feared abducted from her family’s tent at the remote Blowholes campsite — about 1,000 kilometres (600 miles) north of Perth — on October 16.

Detective Superintendent Rod Wilde said at the time that the investigation “leads us to believe that she was taken from the tent”, and that authorities had reason to fear for her safety.

Police on Wednesday praised the family for their strength through the ordeal, while thanking the local community and volunteers for their help in the search.

Premier McGowan paid tribute to the family and expressed solidarity.

“Can I finally also acknowledge Ellie and Jack, Cleo’s parents, they have been through a lot in the last 18 days, terrible trauma, some vicious attacks, and some, no doubt, very trying and sad times. To them, and all of our thoughts go to them.”