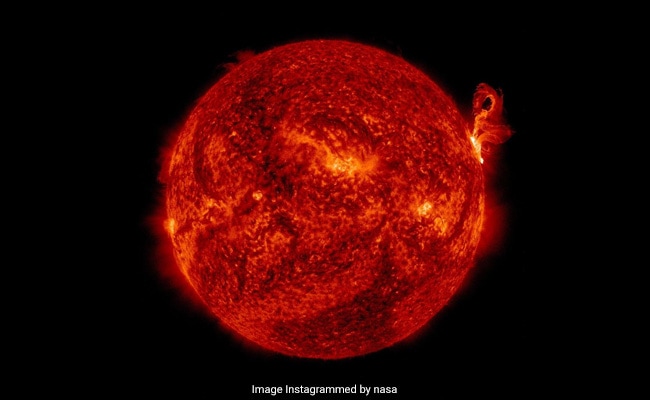 The Parker Solar Probe is now circling closer to the solar surface.

The Parker Solar Probe, launched by NASA, became the first spacecraft to fly through the outer atmosphere of the Sun. The spacecraft flew through the Sun’s upper atmosphere ‘Corona’ and sampled magnetic fields and particles there, the American Space Agency said on Tuesday.

Scientists said that Parker Solar Probe achieved the feat on April 28, but they made the announcement only after analysis of the data confirmed it.

“Parker Solar Probe “touching the Sun” is a monumental moment for solar science and a truly remarkable feat,” said Thomas Zurbuchen, the associate administrator for the Science Mission Directorate at NASA Headquarters in Washington.

In its statement, NASA said that the achievement would help scientists discover critical information about the sun and its influence on our solar system.

The probe is now circling closer to the solar surface, making discoveries along the way.

The Parker probe was launched in 2018 to make repeated and increasingly closer passes of the Sun. The spacecraft moves at a stunning speed of over 500,000kmph to enable getting in quickly and getting out quickly to avoid heat damage.

In one of its flyby, the probe had discovered magnetic zig-zag structures in the solar wind, called switchbacks are extremely close to the Sun. After the probe moved closer to the sun’s surface, scientists were able to identify that the switchbacks originate at the solar surface.