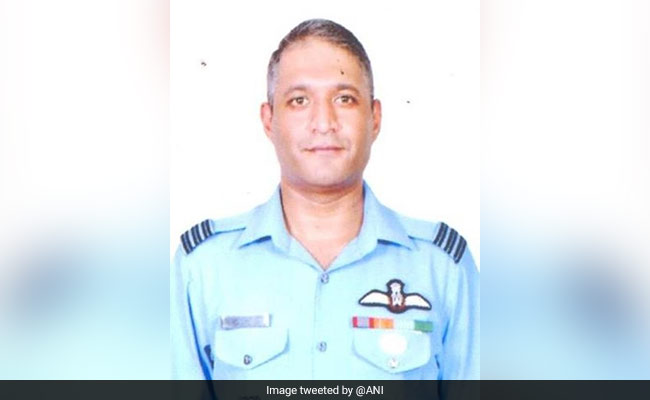 Condolences poured in as Group Captain Varun Singh, who was rescued after the tragic helicopter crash in Tamil Nadu that killed Chief of Defence Staff General Bipin Rawat and 12 others, died of his injuries today.

Group Captain Singh was undergoing treatment at a military hospital in Bengaluru. With his death, all the 14 people aboard the helicopter that crashed last Wednesday are now dead.

President Ram Nath Kovind said the nation is grateful to the Air Force officer and that he “displayed the soldierly spirit of valour and indomitable courage”.

Sad to learn that Group Captain Varun Singh breathed his last after putting up a valiant fight for life. Though badly injured in the chopper crash, he displayed the soldierly spirit of valour and indomitable courage. The nation is grateful to him. My condolences to his family.

Prime Minister Narendra Modi said he was “extremely anguished” by the Air Force officer’s death and that “his rich service to nation will never be forgotten”.

Group Captain Varun Singh served the nation with pride, valour and utmost professionalism. I am extremely anguished by his passing away. His rich service to the nation will never be forgotten. Condolences to his family and friends. Om Shanti.

Union Home Minister Amit Shah tweeted that he was “deeply pained” by the news and expressed condolences with Group Captain Singh’s family.

Deeply pained to learn about the passing away of Group Captain Varun Singh, who was battling with the injuries after the helicopter accident in Coonoor. May God bless the Brave’s soul and give strength to his family. My deepest condolences. Om Shanti Shanti Shanti.

Defence Minister Rajnath Singh said Group Captain Singh was “a true fighter who fought till his last breath” and says the country stands firmly with the family in this hour of grief.

Pained beyond words to learn of the demise of IAF pilot, Group Captain Varun Singh. He was a true fighter who fought till his last breath. My thoughts and deepest condolences are with his family and friends. We stand firmly with the family, in this hour of grief. https://t.co/hZrdatjaAA

Main Opposition party Congress tweeted its condolences from its official Twitter handle. “A billion salutes to this brave son of Bharat Mata,” it said.

We are extremely saddened by the demise of brave-heart Group Captain Varun Singh.

Our heartfelt condolences to his family and friends.

A billion salutes to this brave son of Bharat Mata.

May he rest in peace. pic.twitter.com/rH4QLTLKRO

Congress leader Rahul Gandhi said this is a “sad moment for the country”.

My heartfelt condolences to the friends and family of Group Captain Varun Singh.

This is a sad moment for the country. We all are with you in this grief. pic.twitter.com/rpBoIcmEe9

The Indian Air Force today informed that Group Captain Varun Singh had succumbed to his injuries, describing the officer as a braveheart.

The Air Force officer had won the Shaurya Chakra in August for his feat of safely landing a Tejas fighter aircraft after it was hit by a snag during a sortie last year.

A day before the crash, he had gone to Sulur to receive General Rawat and escort him to the Defence Services Staff College in Wellington where the Chief of Defence Staff was to address a gathering.