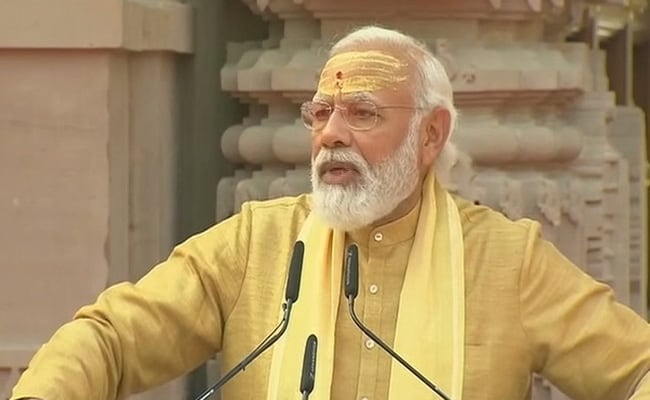 Prime Minister Narendra Modi on Monday said that today’s India is focusing both on retrieving the glory of the nation and modernizing the country.

Speaking after inaugurating the Kashi Vishwanath Corridor project at his Lok Sabha constituency Varanasi, PM Modi said, “Today’s new India is not only constructing the temple at Ayodhya but also constructing medical colleges in every district. Today’s new India is not only renovating Kashi Vishwanath Dham but also building pukka houses for our poor.”

“No matter how big the challenge is, we Indians know how to defeat it,” he added.

Before inaugurating the Rs 339 crore project, PM Modi had greeted the labourers who were involved in the construction of the project with flowers.

PM Modi also offered prayers at the Kashi Vishwanath Temple and planted a Rudraksha tree at the premises of the temple.