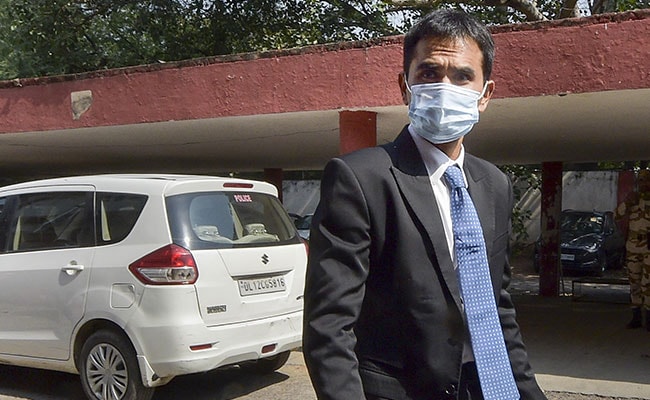 Sameer Wankhede has been leading the investigation in Aryan Khan case.

Anti-drugs officer Sameer Wankhede – who has been accused of extortion, illegal tapping and forgery of documents for a job at the NCB (Narcotics Control Bureau) by Maharashtra Minister Nawab Malik – today dared the 62-year-old NCP leader to show a proof that he converted his religion. The dare came as Mr Malik, continuing his onslaught, today tweeted a photo that showed the NCB officer with his first wife with a “Nikah Nama” – marriage certificate.

The state minister and Mr Wankhede have been sparring amid the probe in the drugs-on-cruise case that names megastar Shah Rukh Khan’s son Aryan Khan as “accused number 1”. He has been denied bail twice in the case since he was arrested earlier this month while critics continue to claim there’s no proof against him.

“I am a Hindu from birth and I come from a Dalit family. I am a Hindu today also. I have never undergone any sort of religious conversion. India is a secular nation and I am proud of it,” Mr Wankhede told reporters this afternoon.

“Later, we got divorced legally. If I have converted to another religion… Nawab Malik should show the certificate… a proof. My father will show the marriage certificate under the Special Marriage Act,” the NCB officer added.

This morning, Mr Malik shared a photo on Twitter and wrote: “Photo of sweet couple Sam

In another tweet, he tweeted: “This is the ‘Nikah Nama‘ of the first marriage of ‘Sameer Dawood Wankhede’ with Dr. Shabana Quraishi.”