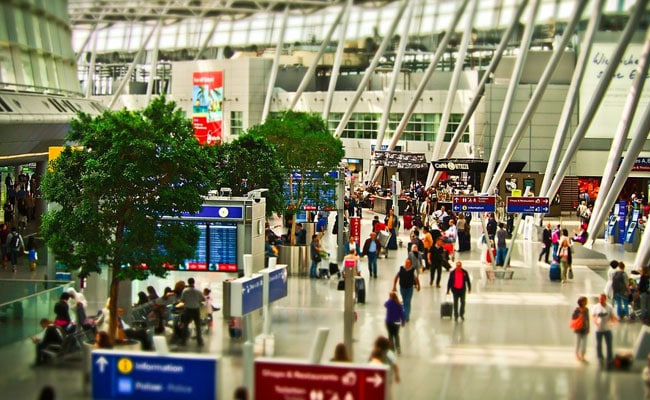 No injuries were reported. (Representational)

“There is not an active shooter,” the Hartfield-Jackson airport said on Twitter. “There was an accidental discharge at the Airport. There is no danger to passengers or employees. An investigation is ongoing.”

No injuries were reported.

There was no immediate explanation as to who owned the firearm or how it happened to be fired in a security line.

There is not an active shooter. There was an accidental discharge at the Airport. There is no danger to passengers or employees. An investigation is ongoing, more information will be published on this channel.

But the loud noise sent many ducking and running, knocking over suitcases and stanchions as they scrambled to escape, film aired by CNN showed.

People could be heard shouting “Get down! Get down!” while others slid across the floor. Some people took shelter in airport restaurants, while others even ran onto the tarmac.

One CNN reporter, whose plane was just arriving, said she heard the pilot announce an “active shooter” while telling passengers they would not yet be allowed to deplane.

The incident occurred around 1:30 pm (1830 GMT). The airport reported later in the day that normal operations had recommenced.

A controversial Georgia law passed in 2014 allows people to carry permitted guns through public areas of airports, as well as bars, schools and churches.

But it is illegal, under federal law, to carry a weapon into a Transportation Security Administration screening area.

The incident Saturday came on one of the busiest travel weekends of the year.