Paytm founder and CEO Vijay Shekhar Sharma struck a defiant note Thursday evening after shares  in the digital payments firm crashed as much as 26 per cent on market debut, leading to concerns among investors and analysts questioning its expansive valuation – around $20 billion.

Mr Sharma told NDTV “no investor comes for a day” and argued that it was incorrect to suggest that investors had lost money after 24 hours on the market.

“It is a multiple Test match series, it’s not over if one or two wickets are lost.”

“The market deserves a good quality company… (that) creates good revenue,” he said, as he underlined the need to allow investors time to understand the wide variety of services Paytm offers, including insurance and gold sales, movie and flight tickets, and bank deposits and remittances.

“There is no doubt a payments company can expand to insurance, investments. We need to explain the business model of our company, and execute that business model,” Mr Sharma said. 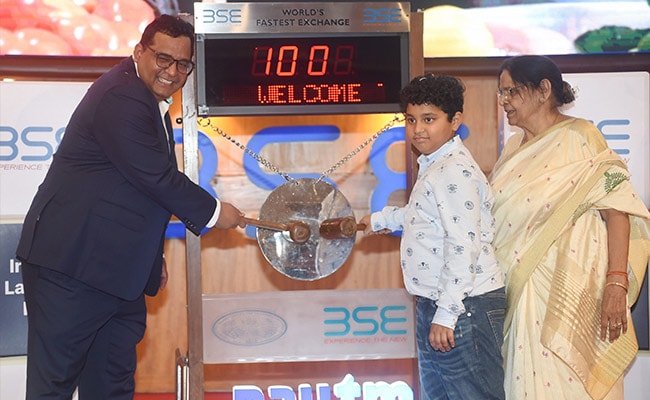 Paytm made its debut on the Indian stock market today

Analysts told NDTV the firm’s valuation may have been behind a poor first session.

“… it (Paytm’s valuation) is saying I’m 20 per cent of HDFC Bank, 40 per cent of Kotak Bank and I’m 65 per cent of Axis Bank. This is pure financial insanity,” Anurag Singh, the managing partner at Ansid Capital, said.

Analysts at Macquarie Research told clients the Paytm business model lacked “focus and direction”, and that the company was a “cash guzzler”.

Mr Sharma hit back hard, telling NDTV his company’s focus at this time was investing in people. He had earlier also defended the notion that Indian technology startups were overpriced.

“The investment we are doing (now) is in engineering and sales people. We could switch to profit if we don’t invest in customer acquisition and new technology. That is a choice we are making…” he said.

“Overall we are investing in the future. We will continue to expand. We had to make an obligatory disclaimer…. revenue is growing phenomenally. Do we want to return an immediate profit or build technologies for the future?” Mr Sharma asked.

Mr Sharma also suggested Paytm would benefit from being an Indian company, and that the country would evolve into becoming “a sustainable place for tech companies that generate employment”.

Despite the opening day dip Paytm clocked a valuation in excess of Rs 1 crore.

And the analysts did have some positive feedback, saying the company – around a third of which is owned by Chinese tycoon Jack Ma’s Ant Group, Japan’s SoftBank, and Warren Buffett’s Berkshire Hathaway – could turn profitable when it did not need to invest “so much” to fuel growth opportunities.

Launched in 2010, Paytm grew quickly after ride-hailing firm Uber listed it as a payment option and its use swelled further in 2016, after the government’s overnight ban on high-value currency notes.

Paytm’s success has turned Mr Sharma, a school teacher’s son, into a billionaire with a net worth of $2.4 billion, according to Forbes.

With input from Bloomberg, Reuters