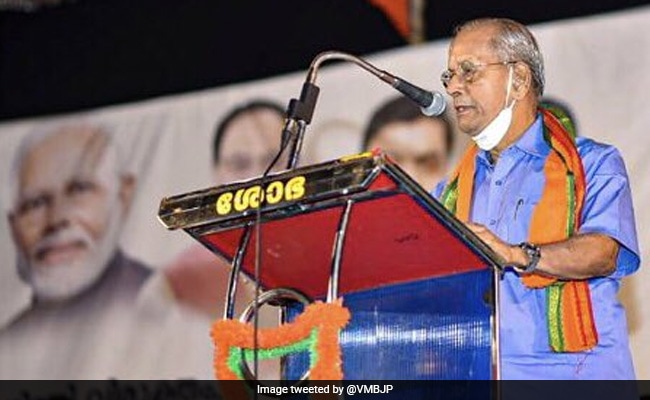 E Sreedharan was fielded by BJP as the Chief Ministerial candidate in Kerala.

90-year-old E. Sreedharan, popularly known as “Metroman”, has said that he is no longer interested in active politics. This comes months after he had contested in Kerala’s assembly elections from the Palakkad constituency on a BJP ticket but lost. The party failed to win even one seat in the state.

“I won’t be in active politics. That time has passed. I haven’t given up (politics), but am no longer interested. I am at an advanced age of 90,” he told the media. He added that he was never a politician and had joined politics as a bureaucrat. “I am serving people through three trusts, even beyond politics”, he said.

He admitted that he was “slightly disappointed” after his electoral defeat. “But I have no disappointment now when I look back. Because as the only MLA I could not have done anything. Without power in the state, one MLA cannot do anything”, Mr Sreedharan said. He lost to Congress’ sitting MLA Shafi Parambil from the Palakkad constituency.

E Sreedharan was fielded by BJP as the Chief Ministerial candidate, but the party failed to win even one seat in the assembly elections that saw the CPI(M)-led Left Democratic Front surge back to power for a second consecutive victory.

Mr Sreedharan was the star candidate during BJP’s election campaigns and was the party’s big hope as Home Minister Amit Shah had welcomed him into the party in a mega rally organised in Thiruvananthapuram, along with others.