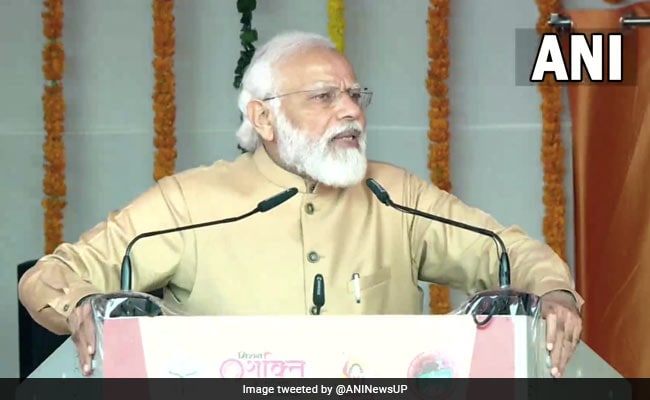 Prime Minister Narendra Modi, in his 10th visit to Uttar Pradesh in the past month, showcased his government’s contributions to women’s welfare — the latest of which, he said, was the plan to raise the age of marriage for girls from 18 to 21. From improvement of law and order to education and finance, women’s empowerment is a priority for the government, he said.

Speaking at a meeting in Prayagraj, PM Modi said, “Till five years ago, there was mafia-raj and goondaraj in Uttar Pradesh. The biggest sufferers were women. But you could say nothing. If you went to police stations, a phone call in favour of rapists and criminals would come. But Yogi has put the criminals in their place,” he said.

He also defended the government’s plan to raise the age for marriage for women and put it on par with men, which has run into controversy, with opposition from several parties and social activists.

“The Central government has taken a significant step. Earlier, the age of marriage of women was 18 years. But girls also want to have more time to study. That is why we are trying to increase the age of marriage to 21,” he said. “If anyone has a problem with that, they (the women) are seeing that too”.